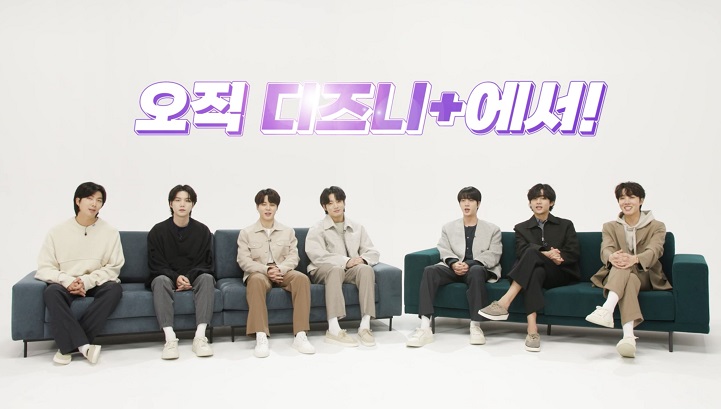 A photo of K-pop group BTS, provided by Hybe

SEOUL, July 12 (Korea Bizwire) — Three titles featuring K-pop superstar BTS will become available on Disney+, the flagship streaming service of U.S. media giant Walt Disney Co., under a deal between the streamer and the entertainment company behind the group, the companies said Tuesday.

They are “BTS: Permission to Dance On Stage – LA,” a 4K film featuring the band’s live concert at SoFi Stadium in Los Angeles in November 2021, and “In the Soop: Friendcation,” a travel show starring BTS member V, Park Seo-jun of “Itaewon Class” and “Parasite” star Choi Woo-shik among others.

The last one is “BTS Monuments: Beyond the Star,” a chronological documentary series that records the history of the band ranging from its debut in 2013 to the present as K-pop icons.

The two companies said they will release more programs featuring Hybe artists, including BTS, on the streaming service later.

“Hybe came to introduce its high-quality content, which has been produced for fans who love music and artists for a long time, to many more global viewers through Disney’s streaming service,” Park Ji-won, CEO of Hybe, said, adding he hopes this will be the start of a long-term collaboration with Disney.