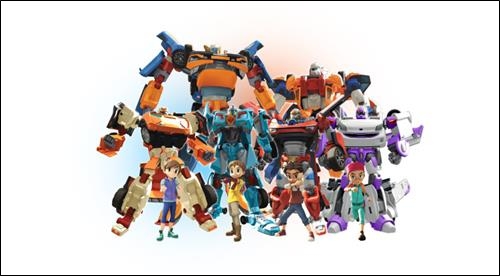 Tobot is a transformer robot that turns itself into a car and back. (image:Young Toys Inc.)

According to a Young Toys official on June 23, the company will send the first shipments of its Tobot toys accompanied with the cartoon series featuring Tobot to the Philippines, Singapore, and Taiwan in September this year. This is the first time for a Korean company to export toy robots or character dolls tied in with an animation.

One of the success factors for Tobot toys was its tie-in marketing effect. This is applicable to the Southeast Asian market as well. The company has completed English dubbing of the episodes to be aired until next year. It is also busy preparing for dubbing in other languages.

Tobot is a transformer robot that turns itself into a car and back. Young Toys has so far unveiled 19 Tobot toys and seven mini robot accessories.

Last year, the company was ranked No. 1 in Korea’s toy market overtaking the perennial leader Lego. Its sales revenue last year was 76.1 billion won, with this year’s target set at 100 billion won. Since the airing of the first episode of Tobot in 2010, the cumulative number of Tobot sales has been 6 million.

For 26 days from June 30 to August 24, the company will hold a special event “Secret Adventure with Tobot and Juju” at the KINTEX exhibition center in Ilsan, Seoul’s northwestern suburb. Young Toys will unveil here a new cartoon series “Biclones” as well, the animation targeting older boys than those watching Tobot cartoons.