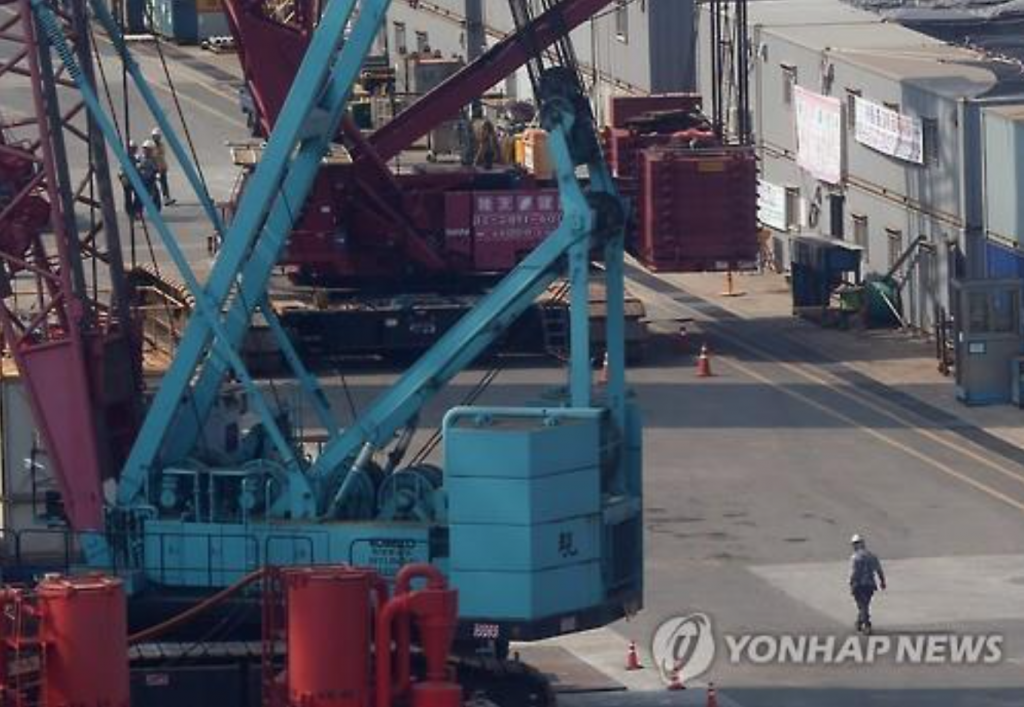 A worker walks into the shipyard of Hyundai Heavy Industries Co. in Ulsan, 414 km southeast of Seoul, amid ongoing drastic restructuring. (image: Yonhap)

SEOUL, Nov. 14 (Korea Bizwire) – Some 3,000 employees have quit their jobs from South Korea’s top three shipbuilders in the third quarter of the year as the industry underwent extensive restructuring programs to cope with global oversupply and low demand amid a global economic slowdown, industry sources said Monday.

Hyundai Heavy cut its workforce by 2,600 during the July-September period through a voluntary retirement scheme and spin-offs of its businesses.

Some 100 and 200 employees have quit their jobs at Samsung Heavy and Daewoo Shipbuilding, respectively, in the third quarter of the year.

In the first nine months of the year, some 6,000 workers left the big three shipyards, and more employees are likely to quit down the road, according to the sources.

“When workers at their subcontracted companies are taken into consideration, a greater number of workers in the shipbuilding sector lost their jobs,” said an industry source.

As the business environment is still in a slump, more workers are expected to apply for voluntary retirement programs later this year, they said.

Daewoo Shipbuilding already received early retirement applications from some 1,200 workers last month, with its total workforce numbering some 11,300 at the end of last month.

The shipyard expects the figure to fall further to some 10,000 by the end of the year.

Hyundai Heavy is also seeking to shed its employees by spinning off some businesses which employ some 4,000 workers.

The country’s top three shipyards suffered a combined operating loss of 8.5 trillion won (US$7.28 billion) last year. The loss was due largely to increased costs stemming from a delay in the construction of offshore facilities and an industrywide slump, with Daewoo Shipbuilding alone posting a 5.5 trillion won loss.