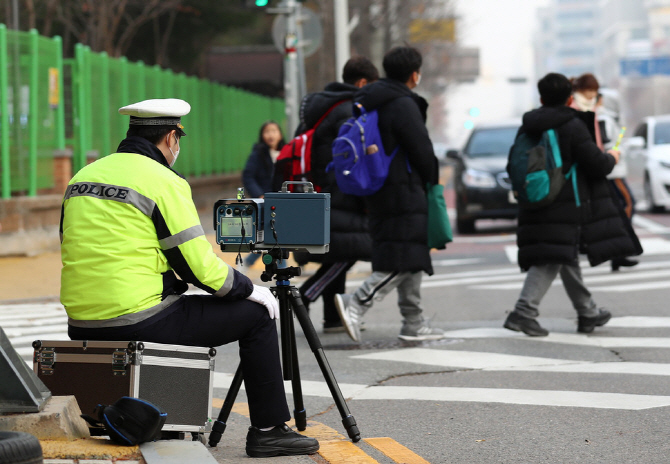 The revision bill calls for mandatory installation of speed cameras and traffic lights in all child protection zones surrounding kindergartens and elementary schools nationwide and stipulates tougher punishments, as heavy as life imprisonment, for violators.

Under the new law, drivers responsible for school zone accidents resulting in the death of a child younger than 13 can be punished by prison sentences of longer than three years or life imprisonment.

Drivers involved in school zone accidents resulting in child injury can be fined up to 30 million won (US$24,000) or sentenced to prison terms from one to 15 years.

The new law, dubbed the “Min-sik Law” after an elementary school student killed in a car accident in front of his school in Asan, central South Korea, last September, passed the National Assembly in December.

In time for the enforcement of the Min-sik Law, the Ministry of Education, the Ministry of the Interior and Safety and the National Police Agency announced government measures to reinforce traffic safety in school zones.

The government will also revise the Enforcement Decree of the Road Traffic Act in the second half of this year to raise the amount of the parking fine in child protection zones from the current 80,000 won to 120,000 won.