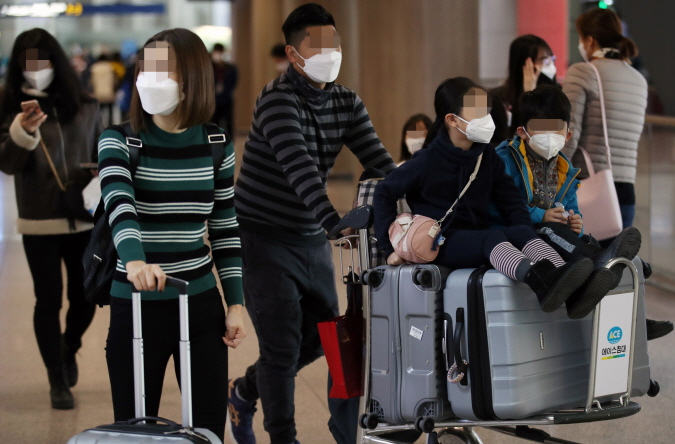 SEOUL, Jan. 28 (Korea Bizwire) — South Korea’s tourism industry is expected to take the hardest hit among local businesses here from the outbreak of the Wuhan coronavirus as citizens cancel their overseas trips, while incoming tourists from China are set to decline sharply, industry sources said Tuesday.

More than 100 people have been killed in China due to the virus that causes pneumonia-like symptoms. South Korea has so far reported four confirmed cases of the new strain of the virus.

Following fears of a global pandemic, consumers here are canceling their trips overseas, especially to China, according to tourism agencies.

South Korea’s foreign ministry already raised the travel advisory level for the central Chinese city of Wuhan, the epicenter of the virus outbreak, and its surrounding Hubei Province, recommending its nationals withdraw from the region following the spread of the deadly virus.

According to HanaTour, South Korea’s largest travel agency, the rate of China trip cancellations increased by 20 percent compared with a year earlier.

In particular, the cancellation rate on Chinese travel in March increased by 40 percent compared with a year ago.

“We are concerned that this situation will last longer than expected,” a HanaTour official said.

Adding to woes is that people are not only canceling trips to China but also trips to Southeast Asian countries as they fear they may encounter possible virus-infected Chinese people at the airports.

“Currently, 10 percent of our customers have canceled their Southeast Asia trips.”

As a growing number of people call off their trips, local airlines recently decided to waive cancellation fees on flights to China.

Korean Air Lines Co., the nation’s top flag carrier, said it will not charge cancellation fees for tickets to China issued before last Friday and for flights departing up till Feb. 29.

The air carrier has already suspended its flights to Wuhan until the end of this month.

Asiana Airlines Inc., the nation’s No. 2 carrier, also announced it will not charge cancellation or change fees for flights from South Korea to China issued before last Friday or for flights departing before March 31.

Some local air carriers have also suspended their flights to China to join efforts to contain the respiratory virus.

Air Seoul and Jeju Air are the first two South Korean airlines that stopped flight services to Chinese cities other than Wuhan.

Last week, Korean Air and T’Way Air Co. announced a temporary shutdown of their fight operations to Wuhan, the city where the outbreak started.

Asiana, which operates 32 routes to China, said the company has yet to decide whether it should stop all flights to China but emphasized that it is closely monitoring the situation. 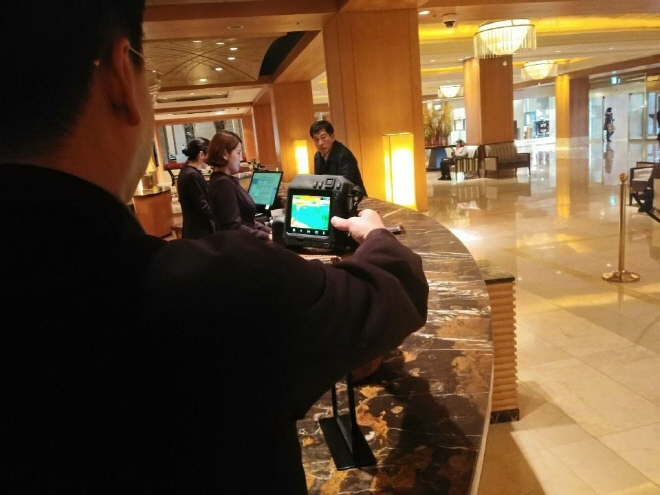 Those who work in hotel and duty-free businesses in South Korea said they are concerned about a possible decrease in the number of Chinese tourists who have been big spenders here.

China recently announced it banned outbound group tours to curb the spread of the novel coronavirus.

“We thought the number of Chinese tourists would recover after it decreased sharply following the THAAD incident,” an official at a local hotel said in condition of anonymity.

“At the moment, it is a very difficult situation because South Korean customers are also canceling their reservations.”

According to the Korea Tourism Organization (KTO), Chinese companies have also been canceling their employee incentive tours bound for South Korea in line with Beijing’s group tour ban.

Incentive tours arranged by the KTO for about 2,500 Chinese nationals in 22 groups next month have all been canceled.

Under the Chinese students’ Korea field trip plans, more than 3,200 elementary and middle school students from across China have already completed their visits to Korea.

But Korea visits by the remaining 283 students, who had planned on arriving here late this month or early next month, have been canceled, the KTO said.

The latest figures on planned cancellations only covered Chinese tourists induced through the KTO. If additional cancellations carried out via individual local governments and tour agencies are included, the actual figure may be far bigger.

Indeed, the government of South Chungcheong Province said planned visits by over 3,000 Chinese group tourists have been canceled.

Since Beijing implemented economic retaliation, including a ban on group travel, against South Korea in 2017, when Seoul decided to deploy a U.S. missile defense system called THAAD, the KTO has struggled to increase the number of Chinese visitors to the pre-2017 level through the invitation of corporate incentive tours.

“When the MERS outbreak was reported in May 2015 in South Korea, the number of Chinese tourists visiting the country declined 45 percent on-year in June,” said Na Eun-chae, an analyst at Korea Investment & Securities Co.

“The novel coronavirus is a factor that will affect the total number of tourists visiting the country.”