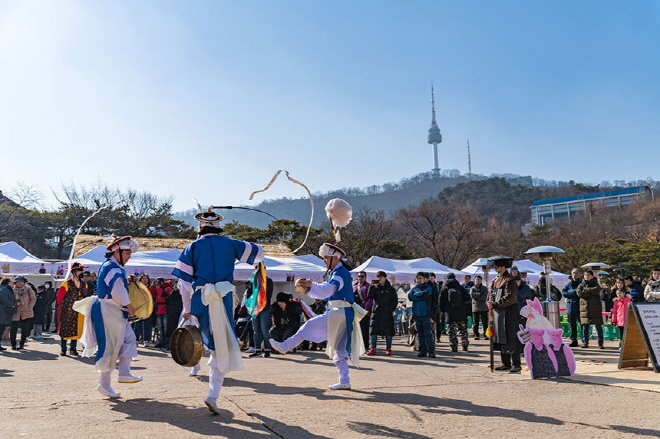 SEOUL, Jan. 24 (Korea Bizwire) — A handful of events offering traditional activities are scheduled to be held at venues across Seoul during the Lunar New Year holiday.

Namsangol Hanok Village, consisting of restored traditional houses, or “hanok” in Korean, said it is holding an event on the first three days of the holiday, which this year runs from Jan. 24-27.

Music and dance performances are scheduled for all three days, including mask dances themed around the twelve animals of the Chinese zodiac. This year marks the start of the year of the rat.

Booths selling foods traditionally enjoyed during the holidays will be open from 11 a.m. to 5 p.m. on the sidelines of the performances.

The venue will also provide an opportunity for visitors to enjoy folk games like “yut” or “tuho,” according to Namsangol Hanok Village.

An exhibition showcasing typography inspired by the 12 zodiacal animals will run until Feb. 16.

Most of the events are free but tickets need to be purchased for some performances.

Further details are available at the venue’s website (www.hanokmaeul.or.kr). 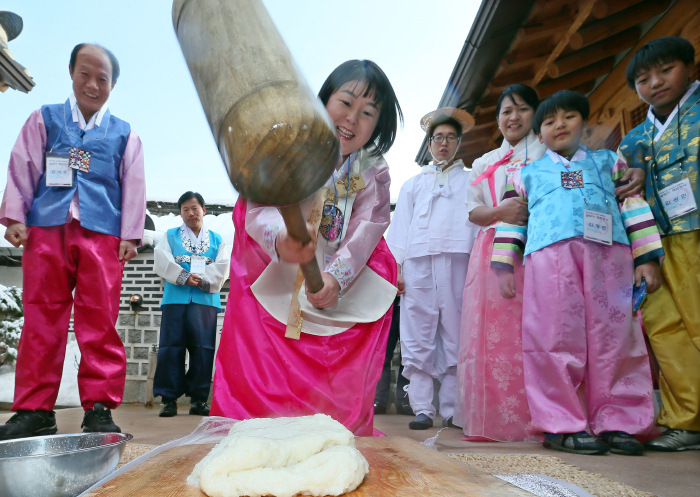 Visitors can take part in the making of rice cakes in Bukchon Hanok Village. (Yonhap)

Visitors can make traditional kites or wooden tops and take part in the making of rice cakes.

More information and reservations for some programs are available via the Seoul Hanok Portal (http://hanok.seoul.go.kr).

A half-day event will take place at the Seoul Museum of History on Sunday from noon to 4 p.m.

Traditional music and dance performances such as “samulnori,” “pansori” and “ganggangsullae,” in which people join hands to dance in a circle, are set to take place.

Folk games like top-spinning and archery will also be available on the sidelines of the performances, according to the museum.