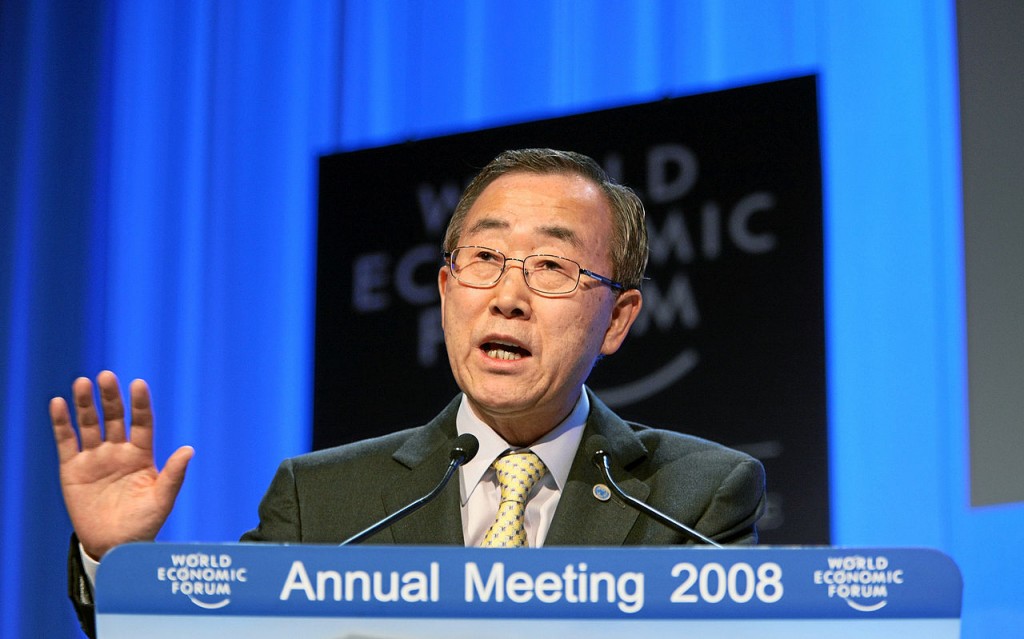 Ban, whose second five-year term as U.N. chief ends late this year, has long been talked about as a potential candidate for next year’s election. (Wikimedia)

NEW YORK, May 13 (Korea Bizwire) – U.N. Secretary-General Ban Ki-moon will visit his native South Korea for international conferences later this month, his spokesman announced Thursday, as speculation persists about the possibility of his running for president.

Ban will visit the southern resort island of Jeju on May 25 for a regional multilateral dialogue for promoting peace and prosperity in East Asia, known as the Jeju Forum, spokesman Stephane Dujarric said at a regular briefing.

Ban will then travel to Japan’s Ise-Shima on May 27 for a summit of the Group of Seven leaders before coming back to South Korea on May 30 for the U.N. Department of Public Information and Non-Governmental Organization conference in the southeastern city of Gyeongju, Dujarric said.

More than 2,000 NGO representatives from around the world will attend the conference, he said.

Ban’s visit to South Korea, which will be his first in about a year, comes after the country’s ruling Saenuri Party suffered a crushing defeat in last month’s parliamentary elections amid speculation it could face a similar fate in next year’s presidential election.

Ban, whose second five-year term as U.N. chief ends late this year, has long been talked about as a potential candidate for next year’s election. But he has refused to discuss such a possibility, saying he would focus on his duties as U.N. chief.

Still, opinion polls have consistently shown that he is one of the favorites.

Political analysts in South Korea say that the beleaguered ruling party could try to scout Ban as its presidential candidate.