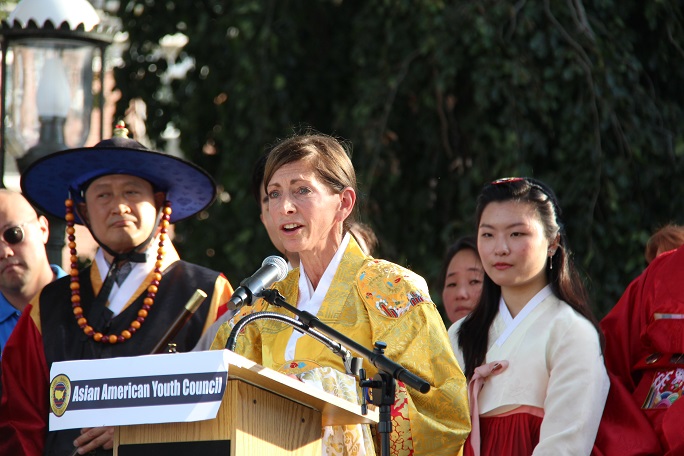 Last April, the city accepted a request from the Asian American Youth Council (AAYC), a youth organization active in the eastern region of the U.S., to designate Oct. 21 as Korean Hanbok Day, timed with South Korea’s Hanbok Day. 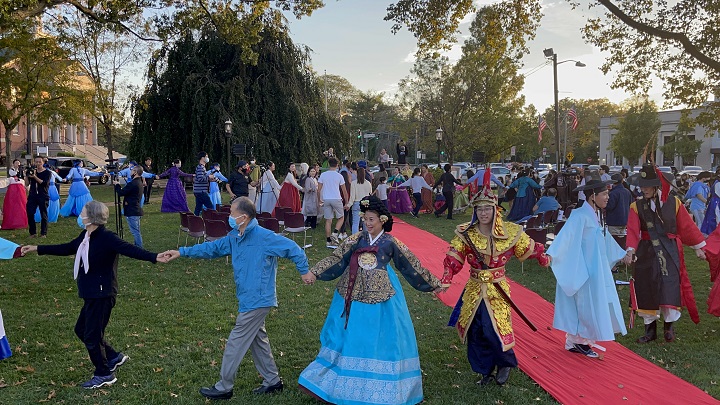 At the ceremony, local politicians were seen wearing the Korean traditional outfit.

New Jersey first lady Tammy Murphy took to the podium wearing a hanbok, addressing the public about the pride she has for the first Korean Hanbok Day held in a foreign country.