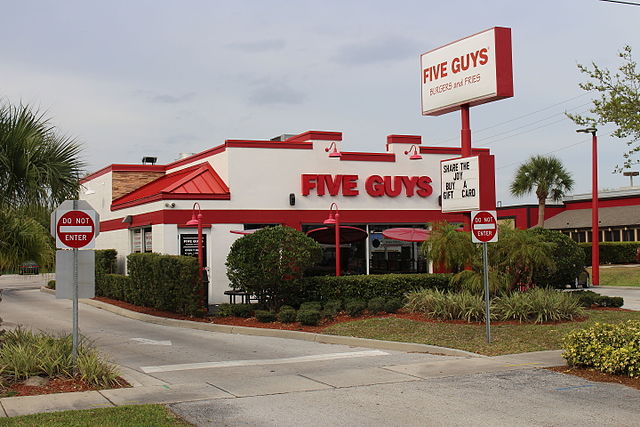 The luxury retailer owned by Hanwha Solutions said it inked an initial agreement with the Virginia-based burger chain Wednesday to operate the Five Guys brand in South Korea.

The first store is set to open in the early half of next year, but the actual date and location has not been confirmed yet.

Galleria plans to add more than 15 Five Guys restaurants in the country over the next five years.

Established in 1986 as a Virginia-based family business, Five Guys is famous for its large portions, freshly made patties cooked in peanut oil and its flexible options that give customers more than 250,000 possible ways to order.

The chain started its global expansion in the early 2000s and has more than 1,700 stores globally, including in the United Kingdom, Germany, Malaysia and China. South Korea will become the fifth country in Asia to have a Five Guys restaurant.

The deal is the first business deal by Kim Dong-seon, the third and youngest son of South Korea’s seventh-largest conglomerate head Kim Seung-youn. The junior Kim has been leading the department store’s new business strategy since February.