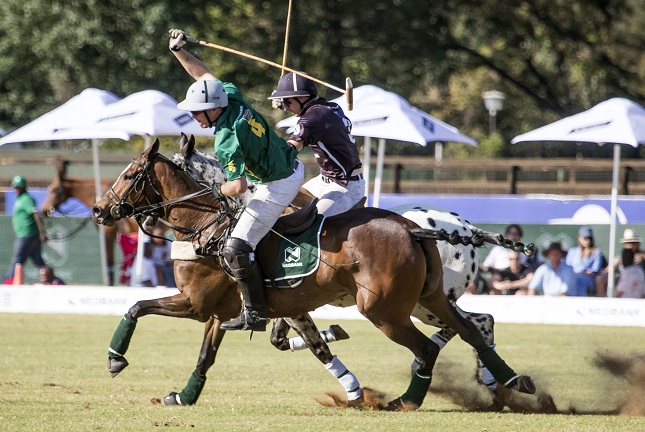 The 2021 Nedbank International Polo Tournament event, which had been postponed last year, is hosted by the Inanda Polo Club and will take place on the shores of Sandton, South Africa on April 2, 2022. It is organized by the SAPA to highlight an international sporting event in the country while also continuing to develop the sport of polo in South Africa. The tournament has been played in South Africa for more than 50 years and is the region’s premier international tournament, bringing South Africa’s best players together annually to compete.

“South Africa is one of U.S. Polo Assn.’s emerging markets, and we are thrilled to showcase both the brand and the sport at the premier Nedbank International Polo Tournament,” says J. Michael Prince, President and CEO of USPA Global Licensing, which manages the global, multi-billion-dollar U.S. Polo Assn. brand. ”And by supporting the South African Polo Association’s 2021-22 Season in such an important region, we continue to reach fans through the brand’s authentic connection to the sport of polo.”

“We’d like to thank U.S. Polo Assn. for partnering with the SA Polo Association as the Official Apparel Sponsor of the Nedbank International Polo Tournament,” says Bridget Macduff of South African Polo Association. “We have the shared goal of developing awareness and interest for the sport of polo among youth players and polo fans in South Africa, and this is a wonderful step in that direction for both organizations.”

U.S. Polo Assn. is the official brand of the United States Polo Association (USPA), the nonprofit governing body for the sport of polo in the United States and one of the oldest sports governing bodies, having been founded in 1890. With a multi-billion-dollar global footprint and worldwide distribution through some 1,100 U.S. Polo Assn. retail stores, department stores, sporting goods channels, independent retailers and e-commerce, U.S. Polo Assn. offers apparel for men, women and children, as well as accessories, footwear, travel and home goods in 190 countries worldwide. Recently ranked the fifth largest sports licensor in License Global magazine’s 2020 list of “Top 150 Global Licensors,” U.S. Polo Assn. is named alongside such iconic sports brands as the National Football League, the National Basketball Association and Major League Baseball. Visit uspoloassnglobal.com

About The South African Polo Association

The South African Polo Association (SAPA) is the official administrative controlling body of polo in South Africa. All clubs affiliate through their provincial bodies to SAPA which, in turn, affiliates to Hurlingham Polo Association (based in the UK) and Federacion Internationale de Polo (based in Argentina). SAPA has a constitution that was first formulated in 1905, making it one of the oldest sporting bodies in the country.

Stable Brands (Pty) Ltd, a proudly South African company, has decades of experience working with various international apparel brands. The company recently increased its portfolio by securing the distribution rights of the U.S. Polo Assn. brand into South Africa. Stable Brands employs an array of world-class talent to ensure our collections are well-positioned in the South African market to be the lifestyle brand of choice.