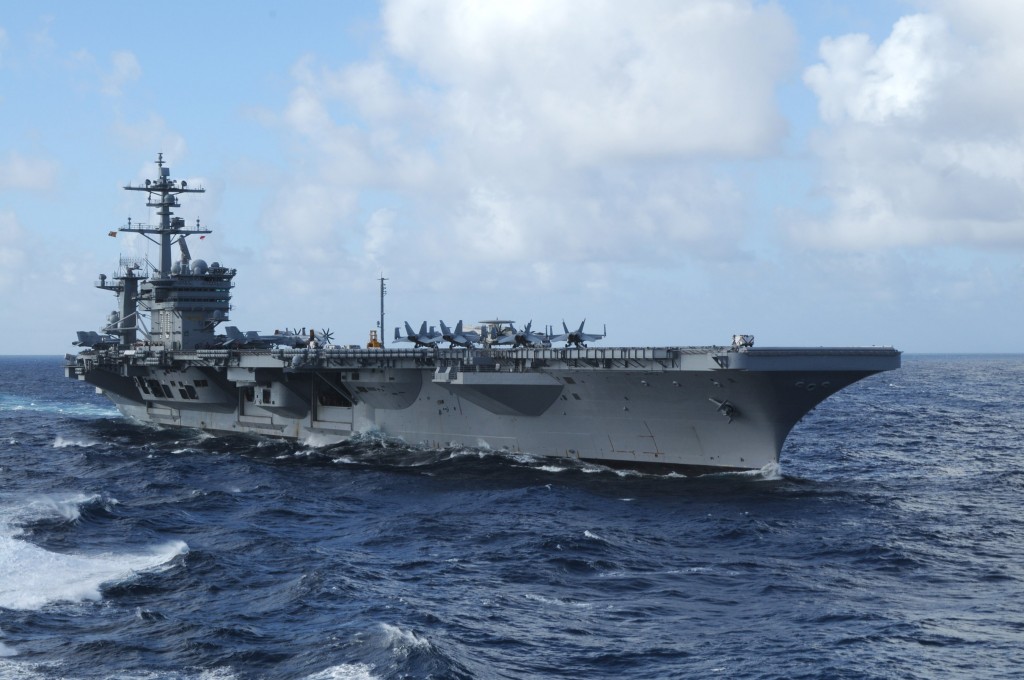 SEOUL, April 10 (Korea Bizwire) – The South Korean military confirmed Monday the United States is sending a nuclear-powered aircraft carrier to waters near the Korean Peninsula again due to concerns about North Korea’s provocations.

The Pacific Command, based in Hawaii, announced earlier that the Carl Vinson Strike Group is on its way to the western Pacific region from Singapore, a turnaround from its initial plan to make port calls in Australia.

The deployment is quite unusual as the high-profile carrier visited South Korea less than a month ago.

“The deployment seems to reflect the (U.S) perception of the seriousness of the situation on the Korean Peninsula,” the defense ministry’s spokesman Moon Sang-gyun said at a press briefing.

He added the move is aimed at beefing up the defense posture against North Korea’s strategic provocations, such as a nuclear test and missile launches.

Asked about whether the Pentagon offered an advance notice to Seoul on the deployment plan, Moon said the allies are “cooperating on such an issue.”

Responding to rumors of a war on the peninsula in April, he stressed that the South’s troops stand ready to counter the North’s provocations, bearing the possibility that the unpredictable Kim Jong-un regime may make a provocation on the occasion of its key political events, including the 105th birth anniversary of the North’s founder Kim Il-sung to follow on April 15 and the 85th anniversary of the founding of the Korean People’s Army on April 25.