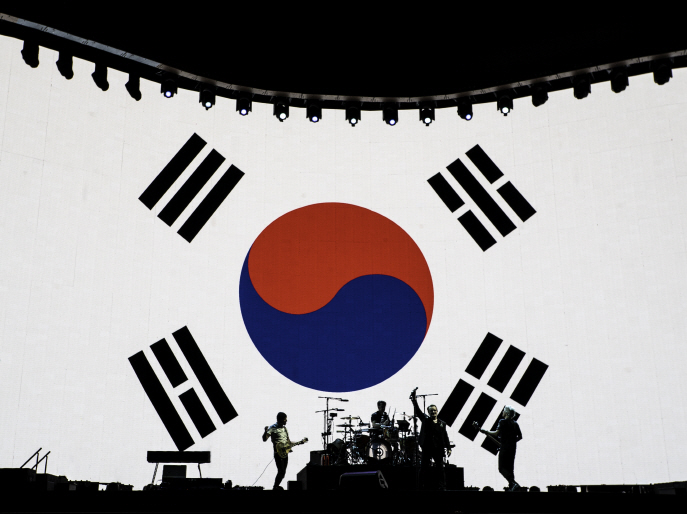 U2 moved the hearts of so many fans throughout the concert that lasted for 2 hours and 20 minutes at Seoul’s Gocheok Sky Dome with a powerful performance and meaningful social commentary.

The main display screen — 61 meters wide and 14 meters tall — showed videos of nature, or footage embodying the band’s cause carefully blending with the music performance.

The sheer volume of equipment that was brought to the stage with three cargo planes and 16 cargo trucks was also one of the highlights of the tour.

“U2’s concept of art starts from the concept of ‘fusion’, which was beautifully orchestrated with the harmony of technology, workforce, message, and image,” said Lim Jin-mo, a pop music critic.

“This will make a strong impact on other foreign musicians planning shows in South Korea.” 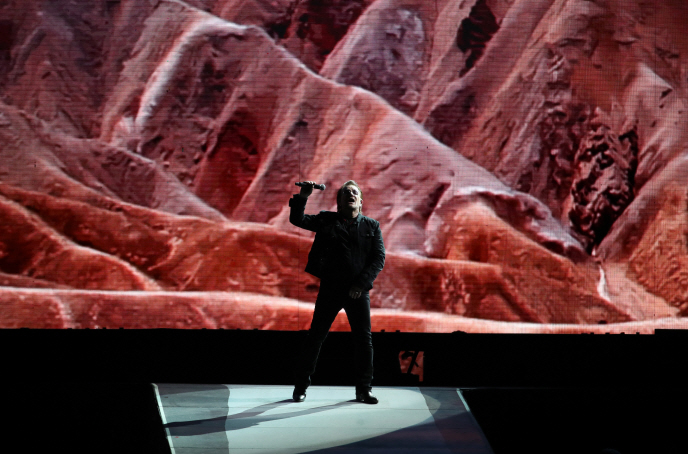 U2’s effort to closely relate to the reality of the generation is seen by experts as a successful case of combining rock music’s defiant qualities with art.

Many audience members were particularly impressed when U2 played one of its popular songs, “Ultraviolet.”

U2 is known for dedicating this song to the visiting nation’s women’s rights, screening photos of local activists and those who should be remembered.

At its Seoul show, U2 introduced Na Hye-sok, a female artist who called for women’s liberation during the Japanese rule, and Dr. Lee Tai-young, South Korea’s first female attorney.

The audience broke into tears when Sulli, the late K-pop celebrity, appeared on the screen.

“It wasn’t just about the female ‘heroes,’ but also about those who fell victim to society,” said one female audience member. “U2 gave us comfort that we’ll never forget.”

South Koreans were also moved by U2’s deep consideration for the country.

Prior to the performance, the screen showed various poems written by famous Korean poets, including ‘The Cold’ by Kim Hye-soon, ‘I Remember’ by Choi Seung-ja, and ‘Mount Jiri’ by Lee Si-young.

U2 posted a video of the cheering audience on Instagram, describing it as a “great crowd, great city, great night.”