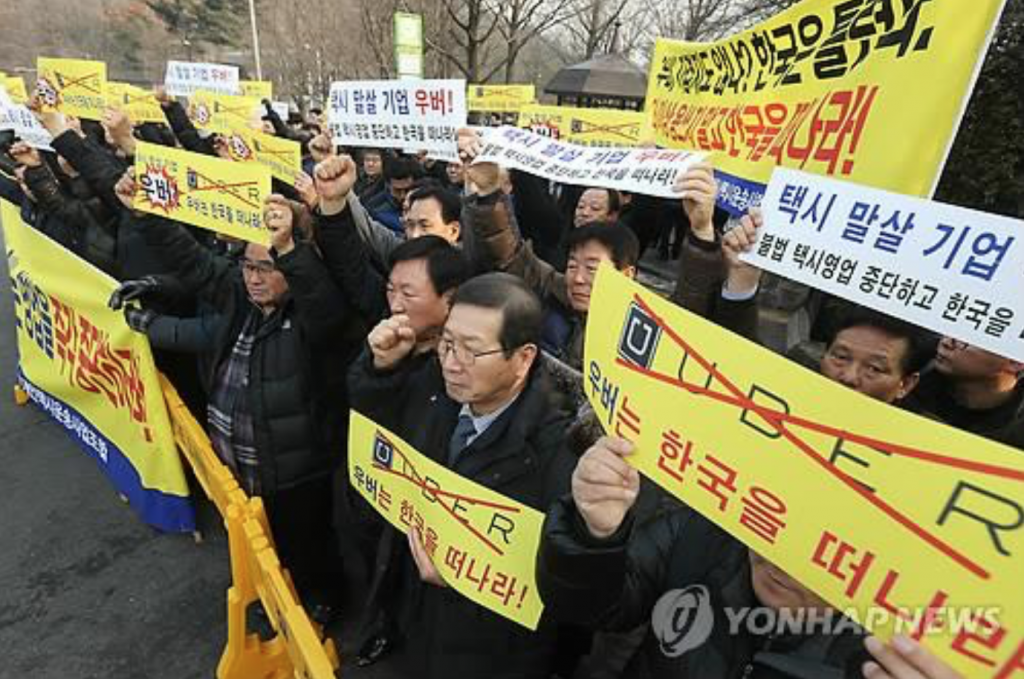 Travis Kalanick, founder and CEO of the U.S.-based ride-sharing service Uber Technologies Inc., and its local unit were indicted in December 2014 for offering taxi services in collaboration with a rental-car service operator in violation of the Passenger Transport Service Act.

Uber, designed to connect customers with private drivers without taking into consideration if they have a commercial taxi license, entered the South Korean market in 2013 and launched the smartphone-based service in partnership with MK Korea.

The Seoul Central District Court said it took into consideration that the defendant admits to the charges and has been operating legitimately after modifying issues that were in violation of the law.

The hearing for Kalanick, meanwhile, has been postponed, as he did not appear at the trial.

He has been declining to answer the summons from the prosecution and the court, but there is no effective way for local authorities to force him to stand trial here.

In 2015, MK Korea and its chief were sentenced to 2 million won in fines each for providing vehicles to Uber.