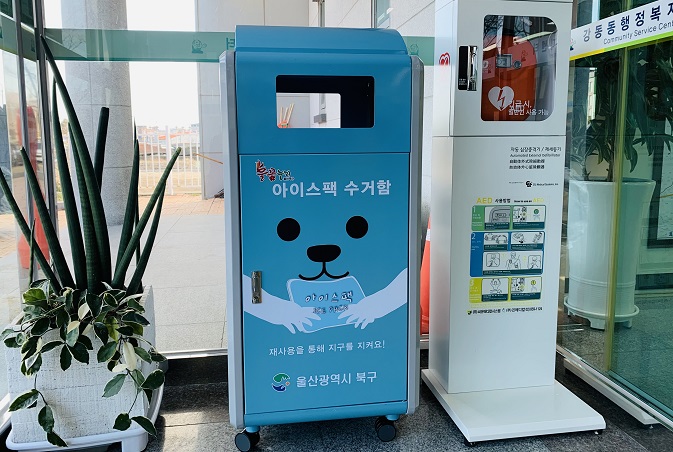 ULSAN, March 5 (Korea Bizwire) — A local district office has launched a drive to promote the reuse of ice packs.

The Buk District Office in the southeastern city of Ulsan installed ice pack collection boxes at all of the district’s community service centers late last month and started collecting ice packs from this month.

The district office runs a reward system in which one roll of toilet paper is given to those who bring five ice packs to the collection boxes installed at the administrative welfare centers.

The collected ice packs are offered for free to small businesses and merchants within the district. 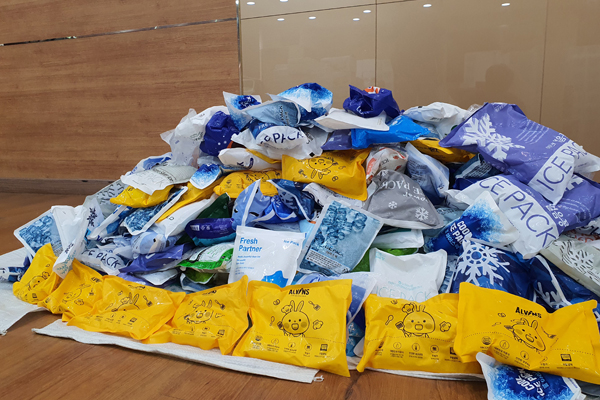 Ice packs, in general, are made by mixing high absorbent resin with water.

Voices are growing for the need to recycling high absorbent resin, since it is a kind of fine plastic that doesn’t burn well and takes more than 500 years to decompose naturally.