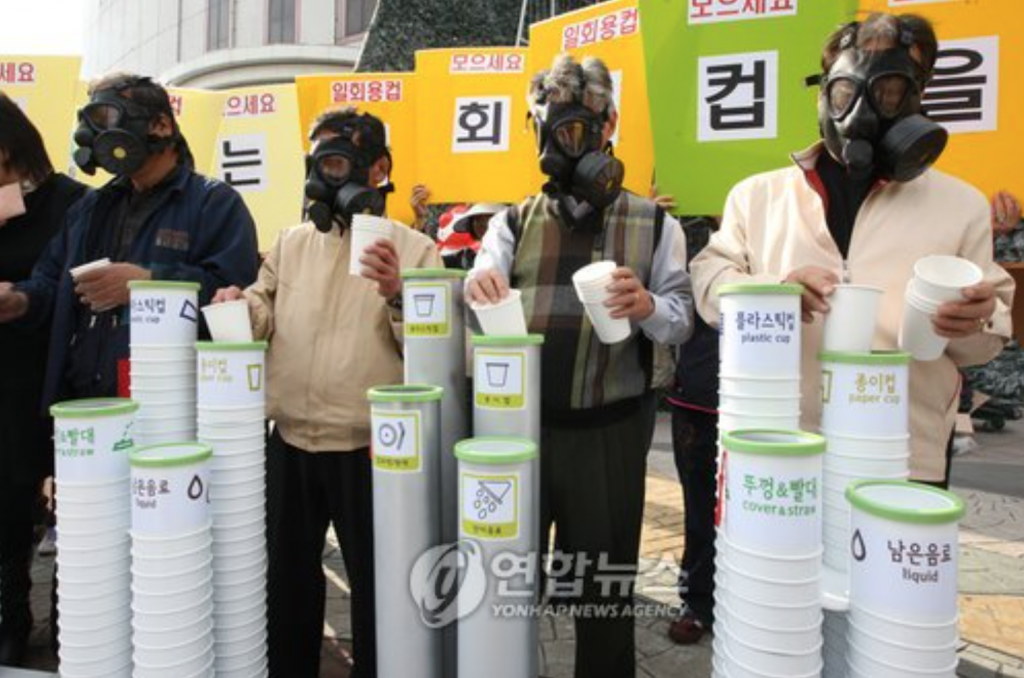 The Ministry of Environment said more than 672.4 million disposable cups were used in South Korea last year, up 7.7 percent from the 2014 tally of 624.32 million. The actual amount of single-use cups used here can be much greater than the government tally because the ministry’s data was based only on sales from 12 large coffee chains and five fast food restaurant brands.

The rise of disposable cup use is apparently affected by increased coffee consumption in the country, according to industry observers.

The 2015 data from the Ministry of Agriculture, Food and Rural Affairs showed South Koreans drank coffee an average of 12.3 times a week, more frequently than eating the nation’s staple white rice (seven times) and main side dish kimchi (11.8 times).

“Although use of disposable cups is increasing, related regulations are falling,” said Ha Tae-keung, a Saenuri Party lawmaker who is also a member of the Environment and Labor Committee in the National Assembly.

“In 2008, the disposable cup deposit program was abolished, and paper cups were excluded from being subject to regulations. Considering disposable cups became hideous objects on the streets this summer following the coffee consumption increase, we need urgent efforts from consumers, producers and regulators to design recycling measures and to reduce disposable cup use,” Ha said.