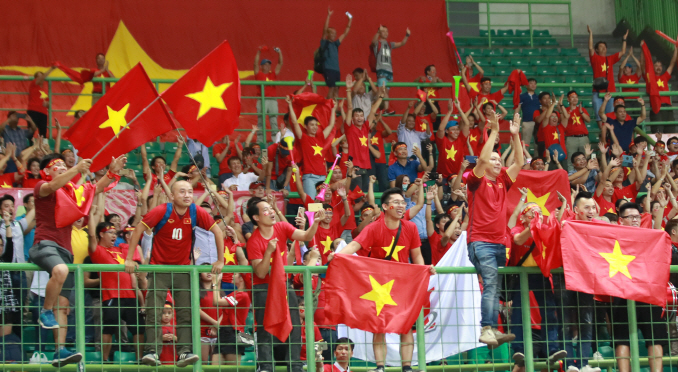 The petition was posted on the website of the South Korean presidential office Cheong Wa Dae right after Vietnam was defeated by the United Arab Emirates in a penalty shootout in the Jakarta-Palembang Asian Games bronze medal football match Saturday, claiming that referee Kim Dae-yong’s “biased judgment” made Vietnam lose an opportunity to grab the country’s first-ever medal in the sport.

Vietnamese media reported that the referee is highly criticized in his country for his “wrong” judgment against the Vietnamese team.

The Vietnam News Agency said that many South Koreans are demanding Kim’s disqualification, adding more than 18,000 South Koreans have signed the petition.

Meanwhile, some 36,000 Koreans had supported the petition, whose signature deadline is Oct. 1, as of 10:30 a.m. The presidential office is supposed to offer direct answers to petitions that draw the likes from more than 200,000 Internet users in less than a month.