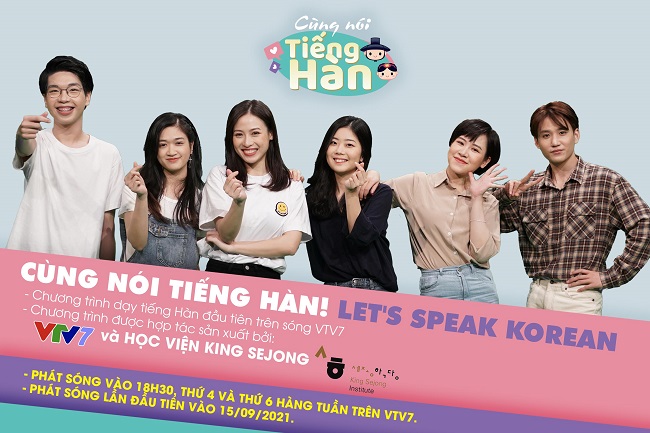 It is the first time for Vietnam’s public broadcaster to create a program about the Korean language.

“With the 30th anniversary of South Korea-Vietnam Relations coming up in 2022, Vietnam’s interest in the Korean language and culture is reaching an all-new high,” said Nguyen Thi Kim Hoa, head of VTV.

“Since this February, Vietnam has selected the Korean language as a primary foreign language for elementary, middle, and high schools in Vietnam,” said Lee Kyu-lim, head of the King Sejong Institute in Vietnam.

“The fact that the program is being aired at dinnertime shows how popular the Korean language is in the country.”