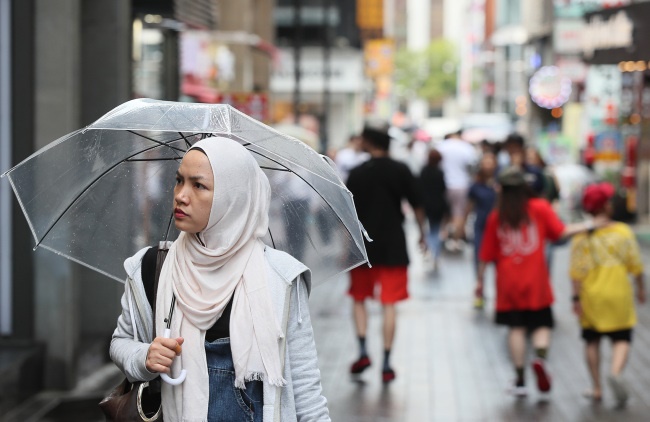 SEOUL, May 30 (Korea Bizwire) — Middle Eastern tourists were the biggest spenders among foreigners who visited South Korea last year, with their average per capita spending reaching US$2,231.70, a local poll showed Wednesday.

According to the 2017 International Visitor Survey conducted by the Ministry of Culture, Sports and Tourism, the figure is down from $2,593.80 tallied in 2016. The poll was conducted on 13,841 respondents from 19 countries at the country’s international airports and ports.

The overall average travel expenses by international visitors stood at $1,481.60 per person, down from $1,625.30 tallied the previous year. The tally excludes transportation fees to and from South Korea for individual travelers but includes it for those who visited the country via package tours.

Japanese visitors spent the least, with their average per capita tour expenses standing at just $757.10.

Shopping was the most popular activity in South Korea among all respondents, followed by culinary expeditions and visiting natural landscapes and attractions.

The majority of respondents said they have visited South Korea twice or more, with 46.7 percent saying it was their first time coming to the country.

A total of 13.3 million foreigners visited South Korea last year, down 22.7 percent from a year earlier in the wake of a diplomatic row between Seoul and Beijing over the deployment of a U.S. anti-missile system here.