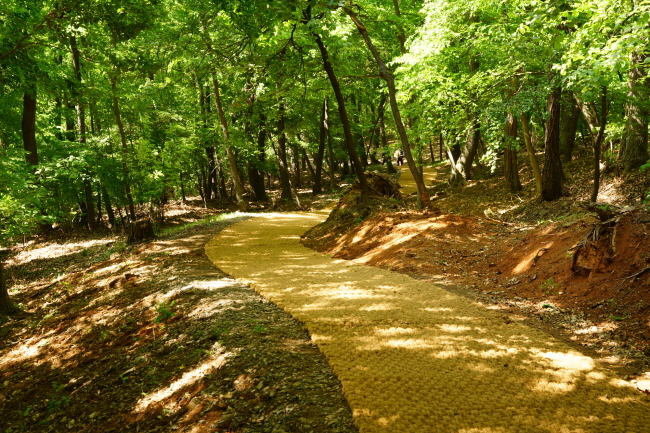 SEOUL, May 17 (Korea Bizwire) — Forest walkways at Joseon Dynasty royal tomb sites were made available to the public on Saturday, allowing more outdoor leisure activities for people tired of staying home amid the coronavirus pandemic.

The agency is also currently servicing 11 other closed walkways, including those at the West Five Royal Tombs and Hongneung and Yureung Royal Tombs in the outskirts of Seoul, to open them to the public later this year.

Visitors are to maintain social distancing and wear masks at all times. Details are available at www.cha.go.kr.

The Joseon royal tombs, all scattered in and around the nation’s capital, were created for 27 generations of kings, queens, crown princes and even those overthrown or posthumously recognized as kings during the dynasty.

The tombs, built from 1408 to 1966 using Confucianism principles and geomancy, are known for their unique construction method and landscape architecture.