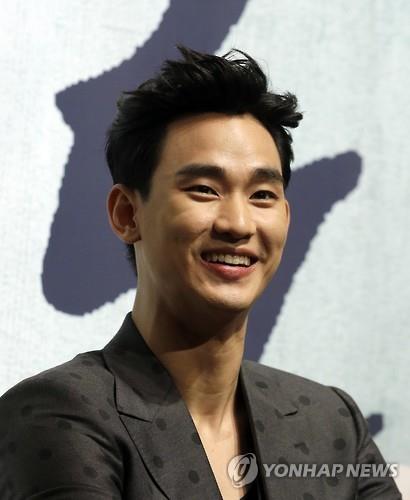 South Korean actor Kim Soo-hyun smiles during a press conference to promote his television drama “THE Producers” in Seoul on May 11, 2015. (image: Yonhap)

SEOUL, July 24 (Korea Bizwire) — Want a selfie with actor Kim Soo-hyun but not sure how to get one? Not to worry, the French wax museum Musee Grevin has come up with a solution.

Kim’s wax figure is among dozens that will be displayed at the first Asian branch of the museum opening in Seoul next Thursday, his talent agency said Friday.

“We hope it’ll be another way in which Kim interacts with his fans,” Keyeast Entertainment said in a statement.

The actor, best known for his lead role in the fantasy drama “My Love from the Star,” first had a waxwork displayed in Hong Kong’s Madame Tussaud’s in April.

Local historic figures like King Sejong, who invented the Korean alphabet of hangeul, and 16th century naval hero Yi Sun-sin will also be immortalized at the museum.