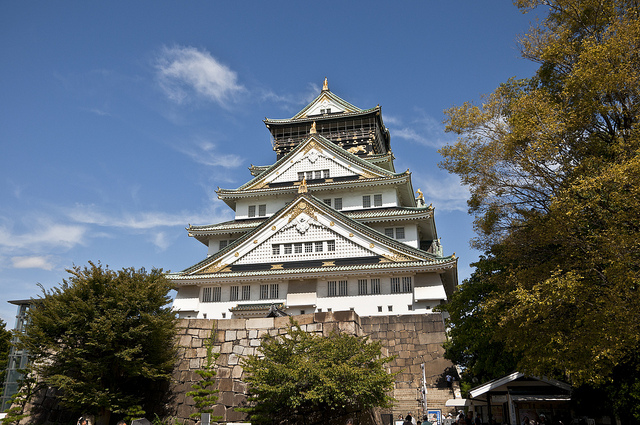 Korean visitors to Osaka and Okinawa increased more than double and the number of travelers to Tokyo, Hokuriku and Hokkaido also rose. (image: Lee Middlebrook/flickr)

SEOUL, Nov. 6 (Korea Bizwire) – Thanks to the weak yen, the number of Korean tourists to Japan exploded in October, more than doubled, even almost tripled for certain travel agencies.

According to Hana Tour, Korea’s largest travel agency, the number of Korean nationals traveling to Japan increased 121.5 percent during last October over the same period of the previous year. Since the Great Earthquake in March 2011, Koreans usually refrained from traveling to Japan. However, the dive of the yen value allured Koreans to dare to visit their nearest neighbor.

Japan’s revision of the tax exemption system was pointed as another factor for more Koreans to visit Japan. The Japanese government revised the system refunding 8 percent of excise tax to foreign tourists when they purchase more than 10,000 yen a time. To boost the tourism industry, the government expanded the refundable items to groceries, pharmaceutical products and cosmetics.

Korean visitors to Osaka and Okinawa increased more than double and the number of travelers to Tokyo, Hokuriku and Hokkaido also rose. Considering the fact that the number of Korean tourists to overseas through Hana Tour increase 18.0 percent over the month, the demand for Japan is noteworthy.

An official at Hana Tour said, “Considering the expectation that the yen will be weakened for the time being and that the seasonal tourists’ demand for Japanese hot springs increases during the winter, Korean rush to Japan will continue.”