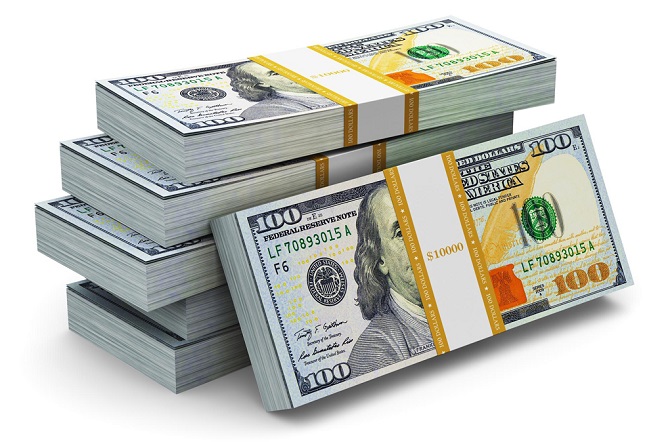 Easy availability of credit in some economies has led to wide debt and economic disparities between groups of countries. This has resulted in the divergence of their future growth potential, and has created geopolitical rivalries internationally.

ST PETER PORT, Guernsey and NEW YORK, Oct. 20 (Korea Bizwire) — In order for a proposed CBDC or other Global Digital Currency to function as a globally acceptable medium of exchange – as opposed to being just an internal mechanism within a country – there will first have to be global agreement among countries on principles to govern this new form of money. In particular, there will have to be confidence among all participants relating to the solvency of all currencies.

The rivalry exists primarily between the “old” economies of the Group of Seven or “G7” countries (the United States, Canada, the United Kingdom, Germany, France, Italy, and Japan), and the “new” economies of the “BRIC” countries (Brazil, Russia, India, and China). The reasons for these rivalries existing can be clearly seen in the snapshot economic comparison below:

(National Debt is incurred by governments on behalf of citizens, and citizens have to repay it – in tax)

This situation is further compounded if one examines some key data, as illustrated in the snapshot below:

The stark economic differences between these two groupings of major powers and their divergent potential growth trajectories already create international instability in even arms-length relations between them – as evidenced by their constant vetoing of one another’s motions at the United Nations Security Council.

Consequently, the likelihood for agreement between them on a matter as crucial as their own economies – and information sharing in respect of matters to do with their own economies and currencies (as is a prerequisite for setting up a new Global Clearing System) would be very slim indeed. Without the Global Clearing System, it is not possible to ever have globally exchangeable CBDCs or Global Digital Currencies (as currently envisaged).

However, there was – and is – a solution that would facilitate a fully functional Global CBDC-equivalent and Global Digital Currency despite divergent geopolitical rivalries between countries and power blocs.

At the Bretton Woods Conference held towards the end of the Second World War, the English Economist John Maynard Keynes proposed the creation of an “International Clearing Union”. This would be a neutral Global Clearing System – free of political and geopolitical baggage – through which the countries of the world would conduct their trade. It would use as its medium of exchange an instrument that he termed the “Bancor”. The Bancor would be a form of substitute currency that would be valid and convertible.

This system of International Clearing Union and Bancor was not adopted.

Had it been, the current overload of debt in national economies and the global economy may not have been able to arise. This is because this system makes fiscal irresponsibility much more difficult to obscure, and it promotes (and rewards) balance of trade and fiscal discipline – while at the same time making it difficult for opaque financial structuring to take place unseen.

It is upon this International Clearing Union with Bancor system that the Webtel.mobi Global Clearing System with TUV is based.

Indeed, it is largely an upgraded replica of the structure that Keynes proposed – just significantly upgraded due to the possibilities that 21st Century Artificial Intelligence capacities and the globalization of the world in the internet age have provided.

Webtel.mobi’s Global Clearing System has within it all functionality, processes and facilities that are required for – and that exist in – a Global Financial System. It enables and facilitates every type of transaction that is possible – on a global basis.
Moreover, Webtel.mobi – due to the capacities and global reach of its system – adopts a completely neutral stance towards all entities worldwide. This is to act in a capacity as a Supranational Entity, allowing for the free flow of trade and transactions across its system without fear or favor (subject to internationally agreed laws, conventions, and restrictions) – as must be the case in respect of global money flow / global economic traffic.

Moreover, Webtel.mobi’s TUV Digital Currency fulfills the same role as the proposed “Bancor” in its Global Clearing System. It facilitates conversion of any country’s currency into a globally valid, recognizable, acceptable, transferable, exchangeable, convertible, FX convertible and redeemable store of value and medium of exchange. It does this without interfering with any country’s or Central Bank’s Monetary Policy or Currency Sovereignty.

The only primary ways that Webtel.mobi’s TUV differs from Keynes’s Bancor (other than that the TUV is Digital in format) are as follow:

Webtel.mobi’s Global Clearing System and TUV Digital Currency were, moreover, tested in full worldwide operations for nine years with its Platform 1 to refine their working and viability to fulfill their roles worldwide, in a secure manner. Thereafter, Webtel.mobi rebuilt its system’s Platform 2 over three years to incorporate all the lessons learned in those nine years of full operation, and complete a refined and fit-for-purpose system.

After the completion of Platform 2, Webtel.mobi granted access to it, to the Levy Economics Institute – one of the world’s foremost economics research organizations, and among the most authoritative world organizations in respect of the policies of John Maynard Keynes.

The result of the year-long review of the Webtel.mobi Global Clearing System and TUV Digital Currency were that the Head of Research at the Levy Economics Institute – Professor Jan Kregel – issued five research papers on the system. One was entitled “Keynes’s Clearing Union is Alive and Well and Living in your Mobile Phone”, and another “Another Bretton Woods Reform Moment: Let us Look Seriously at the Clearing Union”. These papers illustrate what the Webtel.mobi System and TUV are, and what their capacities are (links to these research papers are in the “Resources” section of this article).

The Webtel.mobi Global Clearing System and TUV cannot cure the debt problems of the developed world. They can, however, mitigate the future rise of debt to such levels and reform aspects of the current Global Financial System.

More importantly, while doing so – or whether or not it does so (because it will be up to individual governments to choose to use it or not), it will – and does – assist ordinary people worldwide. It does this by providing them with a safer, more secure, instant, multicurrency and zero cost global digital currency and clearing system, which enables them to save exponential amounts of money and time, and also provides a hedge for them against inflation and their own currencies’ potential depreciation.

Research Reports on the Capacities of the WM System:

Video on the Capacities of the WM System:
https://youtu.be/XYBrCikUhn8

List of Countries by Real GDP (aka PPP GDP):
https://en.wikipedia.org/wiki/List_of_countries_by_GDP_(PPP)

A photo accompanying this announcement is available at https://www.globenewswire.com/NewsRoom/AttachmentNg/0358b9a0-7597-433a-a2ac-517b2eba7dc5