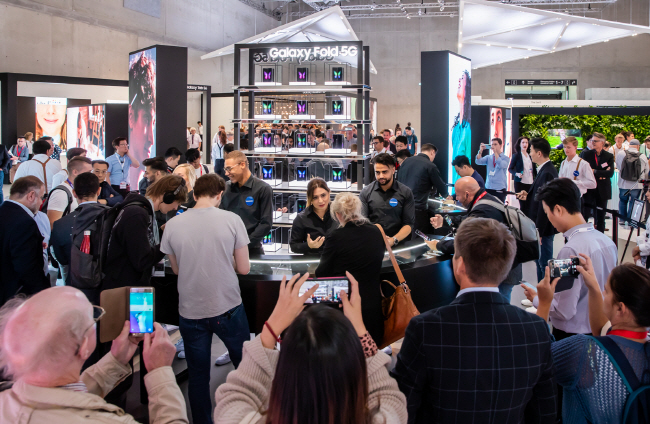 BERLIN/SEOUL, Sept. 11 (Korea Bizwire) — Now that both Samsung Electronics and Apple have revealed their latest smartphone lineups for this year, here’s a simple question to ask.

What are the two things Samsung has that Apple doesn’t in this year’s smartphone lineup? 5G and foldable.

Amid flattening smartphone sales, Samsung has changed its strategy to diversify its smartphones, both in the high-end and low-end models, releasing its highly anticipated Galaxy Fold 5G model last week.

Samsung’s first foldable smartphone priced at nearly US$2,000 may be a niche product that won’t give a major boost to its slowing smartphone sales, but it did give the South Korean tech giant an image of an innovator willing to take a risk.

Following five months of delay from its original launch schedule, the Galaxy Fold came back with a bolstered screen and hinge structure to fix durability issues revealed by some early reviewers.

The Galaxy Fold launched in South Korea last week and will go on sale in Germany, Britain and France next Wednesday and land later in the United States.

Though it was available only in a limited number, about 2,000-3,000 units, in Korea, the foldable phone made a splash among early adopters, selling out on the day of its release.

The rare item was even put on sale on an overseas website for $3,499, far higher than the official sales price.

It was also a scene stealer among a slew of gadgets and high-tech gizmos exhibited at the IFA technology show held in Berlin from Friday to Wednesday, having a long line all day long in front of the hands-on experience zone at Samsung’s booth throughout the event.

“It’s exciting to see a new smartphone with a design I’ve never seen before,” Abdul Salam Tajuddin, a senior manager of the Qatar-based consumer electronics company Techno Blue, said, after trying the phone at Samsung’s booth.

“If it launches in my country, I want to buy it to see how its apps operate in the new interface. And it would look cool to have the rare item.”

Some curious folks were just there to give it a try. “Did I like the Galaxy Fold? Very much. Am I willing to buy one? Not so much because it is too expensive for me,” said Mark Scherer, a visitor from Berlin. 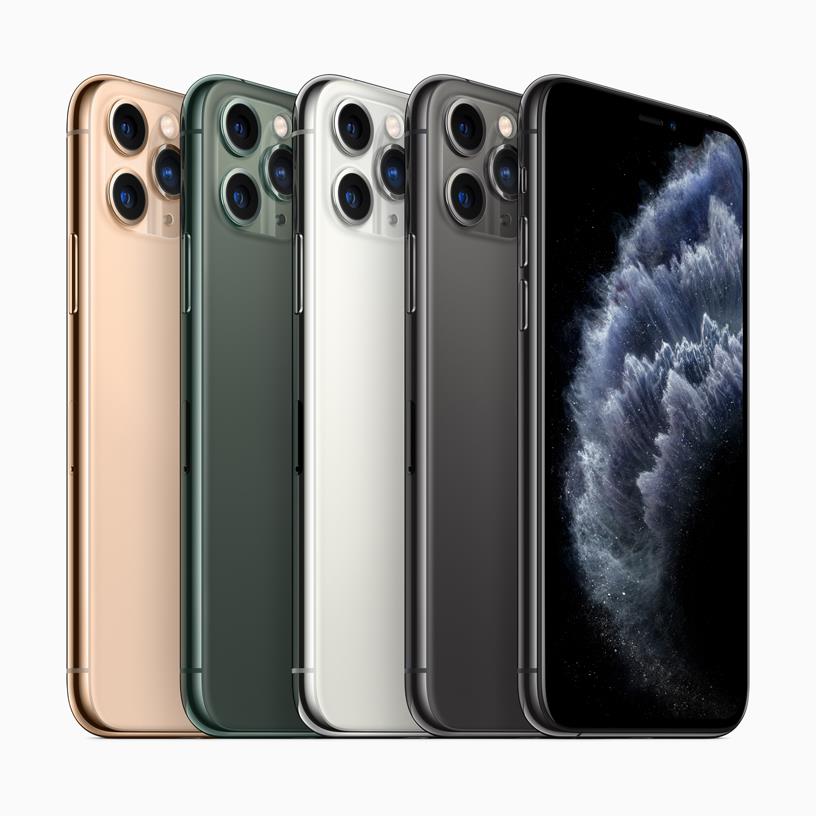 Its upcoming launch in Europe comes just days before Apple’s unveiling its iPhones 11 series Tuesday at its headquarters in California.

While the new high-end iPhone 11 Pro priced at $1,099 is designed to be the best that Apple has to offer with triple cameras and upgraded editing functions, Apple didn’t bring anything new to the “By innovation only” event.

Market watchers evaluated that Apple’s launch of three variants was iterative as they look very similar to the previous year’s model, with more powerful cameras and chipsets.

While these features may satisfy loyal Apple customers, they aren’t revolutionary, pointed out Mohanbir Sawhney, a professor at the Kellogg School of Management at Northwestern University.

“Once synonymous with innovation — such as the first widely accepted all-screen phone and the launch of the App Store — Apple has gone from being the explorer of new territories to the defender of its fortress,” Sawhney wrote in a commentary on CNN.

“Instead of attracting new customers to the Apple ecosystem with breakthrough innovation, Apple is focusing on preventing its loyal customers from defecting to Android-based devices.”

This year will be a transitional period for Apple as the latest iPhone does not offer 5G connectivity, which is behind its rivals, including Samsung and Huawei.

Chinese rival Huawei has launched 5G phones with its own 5G-integrated chipset and is preparing to launch its own foldable device, the Mate X, next month to pit it against the Galaxy Fold.

Apple has been working on a 5G phone, but it wasn’t able to release one this time, largely because of its licensing battle with chip supplier Qualcomm.

When the two companies reached a settlement in April, it cleared the way for Apple to again use Qualcomm modems in its iPhones. But that also meant it was too late to get 5G into this year’s batch of iPhones.

As 5G technology is still in its infancy and not ready for prime time just yet in many countries, Apple fans may not miss too much this year.

Still, delaying too long with foldables and 5G gives Apple’s competitors the chance to define what the future of phones will look like, investors say.

“As the iPhone 11 doesn’t have any special features to draw attention from consumers, its sales outlook in the latter half of this year is not good,” said Kwon Seong-ryul, an analyst at DB Financial Investment.