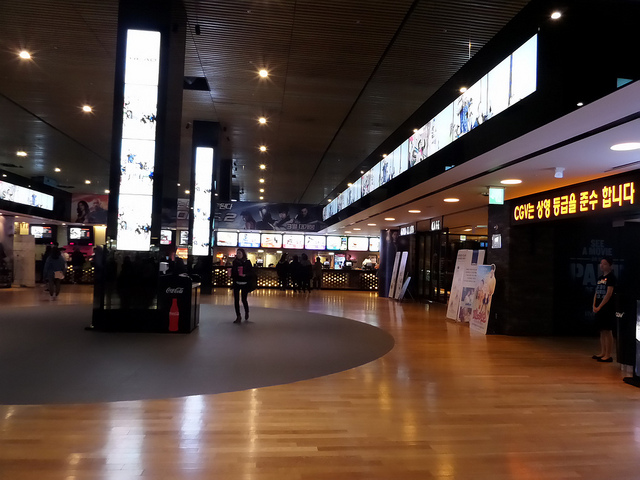 The number of moviegoers during the weekend has also shown a significant decrease. (image: TF-urban/flickr)

SEOUL, Korea, April 22, 2014 (Korea Bizwire) – Since the ferry sinking incident on April 16 that caused 105 confirmed deaths with 197 still missing as of noon of April 22, the nation’s consumption has dropped to one of the lowest levels.

According to credit card companies, the volume of credit card transactions for the past five days fell about 10 percent from the same five-day period a week ago. For example, retailers such as home shopping channels grumbled their sales revenue plunged more than 20 percent while five-star hotels said so many banquets have been cancelled since the 16th.

Financial analysts and marketers said there were several large-scale accidents for the past ten years but this is by far the biggest-ever incident in which the nation’s whole population fell into a state of collective panic. All events such as field trips in middle schools and high schools and college orientation trips have been called off.

Even during the time when Sampoong Department Store collapsed in 1995 causing more than 500 casualties or the 2003 Daegu subway fire that killed almost 200 passengers, the public’s spending was not so much affected. More recent incidents such as the forest fire in Yangyang County (2005), the Taean oil spill (2007), and the hydrofluoric acid gas leakage incident in Gumi (2012) did not dent the overall spending.

The main reason the latest tragedy of the Sewol passenger ferry has affected the consumption level is people refrain from having parties. For example, 7Eleven reported that its beer sales have shrunk 4 percent since April 16 although April is typically a month in which beer sales begin to increase.

As for the sales of soju (Korean-style vodka) and hard liquors and wines, the sales fell 2.4 percent and 9.6 percent, respectively. As most people cancelled their travel plans, the sales of travel-size shampoos and toothpastes have also declined 8.4 percent.

The number of moviegoers during the weekend has also shown a significant decrease. For example, the number of admissions for top-five movies on April 19 Saturday was 334,310, down 30.9 percent from the previous Saturday’s 483,925. On the same day, the number of people going to theme parks also fell.

People are also abstaining from driving. On the 19th, the total number of vehicles on the road nationwide was 4.12 million. Although it was higher than that for the third Saturday of April last year when it rained (3.92 million), the number fell short of the Korea Expressway Corp.’s forecast of 4.20 million. The number of cars on the 20th was again 3.46 million, down 3.6 percent from the previous year’s 3.59 million.

A Korea Expressway Corp. official said, “Because of the unfortunate accident, many local festivals were cancelled, which in turn affected the road traffic negatively.”