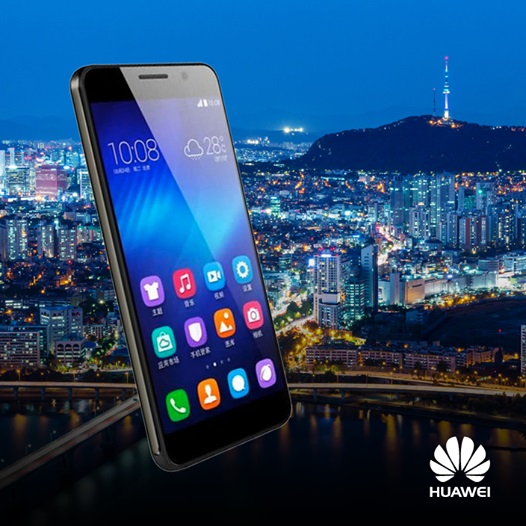 The mobile phone industry expects that the Honor 6 will debut in the Korean market this October since a product that has acquired the certification of conformity tends to be released within one month. (image: Huawei)

SEOUL, Sept. 15 (Korea Bizwire) – China-based mobile phone makers are likely to shake up the mobile industry in South Korea, a stronghold of the smartphone industry, as Chinese brands are gearing up for pushing in this nation well known for Samsung and LG.

The rumor that Huawei Honor 6 would be released in South Korea turned out to be true as Honor 6 (Model: HW-H60-J1) has acquired the certification of conformity from the National Radio Research Agency (RRA) in South Korea, RRA reported on September 11.

Honor 6 costs around US$300-400, equivalent to 310,000-443,000 won, outside China. The budget phone is less than half the cost of the Korean smartphones that have nearly identical specifications, yet probably edging them out in a few categories.

The mobile phone industry expects that the Honor 6 will debut in the Korean market this October since a product that has acquired the certification of conformity tends to be released within one month.

The rumor that Acer, a Taiwanese multinational hardware and electronics corporation, is about to unveil its latest 4G long-term evolution (LTE) smartphone in South Korea has leaked out. Last June, Acer already released a Liquid Z5 (3G) smartphone, costing about 200,000 won (US$ 200), into the Korean market through KT.

An official in the mobile industry stated, “Foreign manufacturers are ramping up their effort to expand the smartphone market share in South Korea, as the sales of Pantech phones are slowing down.”

He further said, “Chinese manufacturers will be able to expedite the sales of their budget phones in the Korean market since customers can receive discounts when purchasing a foreign phone, thanks to the government regulations to better distribute phones that will take effect in October.”