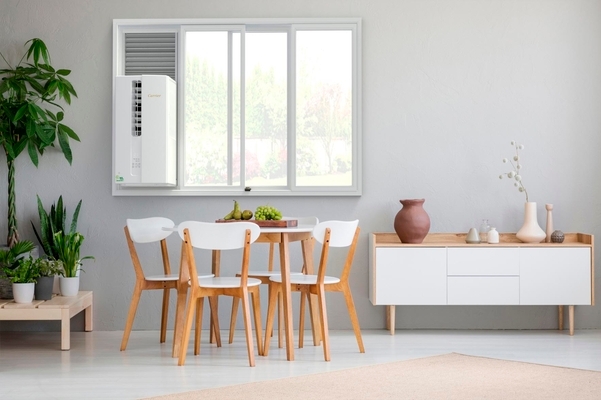 The size of the market, which had been led by Paseco Co., expanded further after major air-conditioning brands such as Carrier and Shinil Electronics Co. jumped into the market.

According to the price comparison site Danawa on Thursday, sales of window-type air conditioners more than doubled in the first week of June compared to the second week of May.

In May, sales of window-type air conditioners jumped by 81.4 percent from a year ago.

Considering that sales of window-type air conditioners at Danawa marked growth of 455 percent in May 2019 compared to 2017, this market has been growing at a blistering pace for three straight years.

At another price comparison site Enuri, sales of window-type air conditioners are also growing at a rapid pace.

Enuri said that the sales of this type of air conditioner during the period from May 12 to June 8 rose by 101 percent from a year ago, generating a 196 percent increase in revenues.