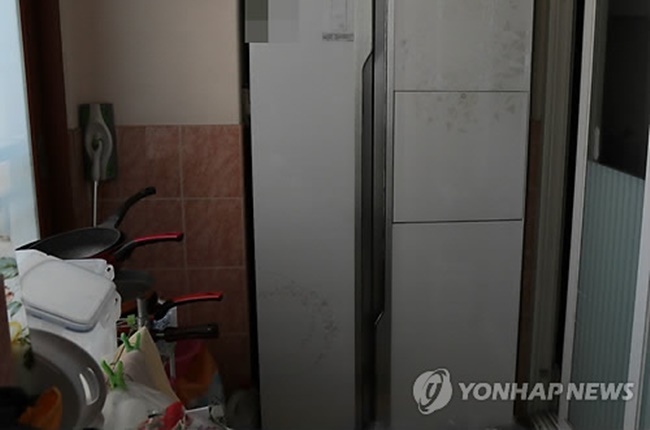 Police apprehended the 33-year-old woman, only identified by her family name Kim, after the bodies were found wrapped in black envelopes in a freezer in a house in the coastal city of Busan on Saturday. (Image: Yonhap)

BUSAN, June 20 (Korea Bizwire) – A woman confessed to having let her newborn babies die and then storing the bodies in her home refrigerator for fear that her live-in lover would leave if he found out about the births, police said Tuesday.

Police apprehended the 33-year-old woman, only identified by her family name Kim, after the bodies were found wrapped in black envelopes in a freezer in a house in the coastal city of Busan on Saturday.

The Busan Southern Police said Kim tried to conceal her baby deliveries because she feared her partner might leave her if he knew that she gave birth to babies whose father was uncertain. Both babies were daughters.

Kim and the man, who got to know each other five years ago, started to live together last April. The man told investigators that he had no idea of her pregnancy or her disposal of the babies.

An autopsy of the bodies on Monday showed the remains of her baby born in September 2014 were so decomposed that police could find no clues about the cause of death.

Kim told police that she brought the baby home from the hospital where she gave birth. Two days later, the daughter died from neglect and Kim put the body into the refrigerator, according to police.

The other baby born in January last year was confirmed to have died after suffering from respiratory failure because her face was covered by the amnion, or the membrane that covers the embryo.

Kim gave birth to the second baby during a shower, police said. Right after the delivery, Kim fainted. Police said Kim killed the baby by willful negligence because she failed to confirm whether her baby was alive after regaining consciousness and just placed her in the fridge too.

The suspect has expressed regret to investigators, saying she is sorry to her partner and the babies, police said.

Police have asked the national forensic institute to conduct a DNA analysis of the babies and the man who lived together with the woman.

They have also acquired the identity of the babies’ father through Kim’s telephone records and are looking into whether the father is involved in the case.

There appear to be no other bodies other than those found, police said, adding they expect to send the case to the prosecution next week.