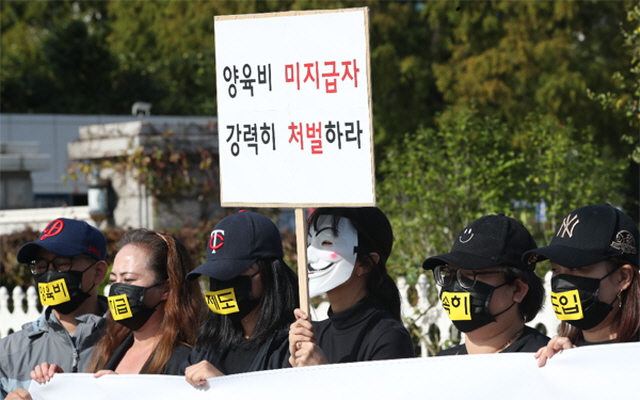 SEOUL, March 24 (Korea Bizwire) — A 40 year-old woman accused of public slander online against her ex-husband who failed to wire child support payments to her on time was sentenced to a fine in a civil participation trial.

The Daejeon District Court sentenced the woman to a fine of 1 million won (US$880) for defamation on Monday.

The woman posted a picture of her ex-husband on her social media account in July 2019, with a letter demanding that her husband send child support payments to her.

She also shared a link with her ex-husband’s friend, which was a website that leaks personal information of those who fail to pay child support to their ex-spouses. Her ex-husband was also included.

The ex-husband failed to pay a total of 4 million won for two months due to financial difficulties, but soon wired the full amount to the woman.

The members of the jury ruled that the woman was guilty of exposing personal information of the ex-husband and his failure to send child support payments on time, while absolving her any criminal responsibility for sending a link to the ex-husband’s friend.

“The woman’s online post had the intent to defame her ex-husband,” the jury said. “In the light of social norms, her act fails to be justified.”

The jury, however, found her innocent for sending the link to her ex-husband’s friend, since the act did not involve any verbal abuse or insult.