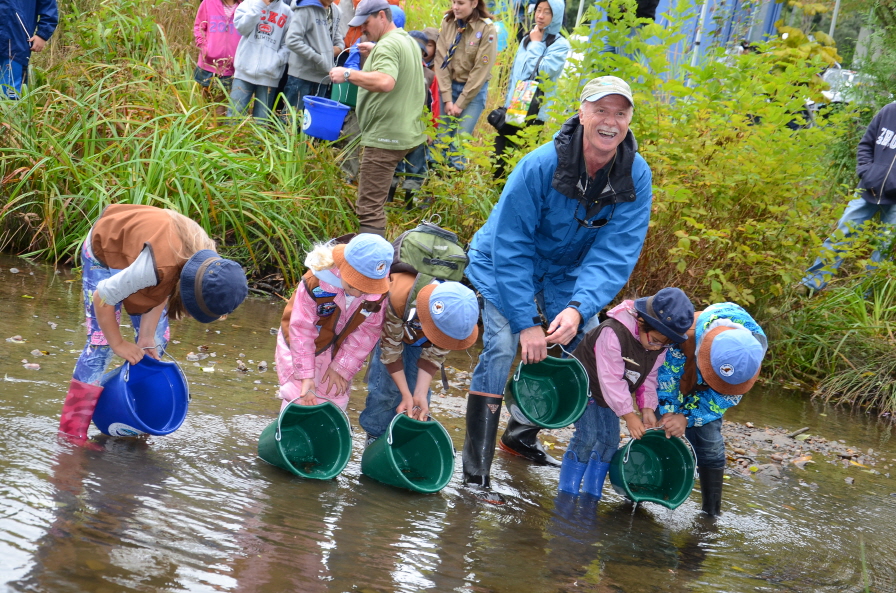 BURNABY, BC, Sept. 19 (Korea Bizwire) - Millions of people around the world will participate in World Rivers Day on Sunday, September 25. With many of the world’s rivers facing severe and increasing threats associated with climate change, pollution, and industrial development, more than 70 countries are participating in this year’s festivities. Many events around the world will focus on educational and public awareness activities while others will include river cleanups, habitat restoration projects, and community riverside celebrations. World Rivers Day has its roots in the great success of BC Rivers Day, which has been celebrated for the past 36 years in Canada’s western-most province.

World Rivers Day strives to increase public awareness of the importance of our waterways as well as the many threats confronting them.

“Rivers are integral to all life. Yet, many waterways continue to face an array of threats and are often impacted by inappropriate practices and inadequate protection,” says Mark Angelo, World Rivers Day Chair and Founder and Chair Emeritus of the Rivers Institute at the British Columbia Institute of Technology.

Endorsed in its inaugural year by the United Nations University and the International Network on Water, Environment, and Health, and with groups such as the Blue Planet Links as lead sponsor and with the support of others such as the Sitka Foundation, World Rivers Day events will include activities in countries ranging from Canada to England, Australia to the United States, Argentina to Kenya, Dominica to Puerto Rico, and across the great rivers of Europe.

“Millions of people, dozens of countries, and numerous international organizations will be contributing to World Rivers Day,” says Angelo. “It provides a great opportunity for people to get out and enjoy our waterways. At the same time, the event strives to create a greater awareness of the urgent need to better care for our rivers and streams.”

Robert Sandford, EPCOR Chair of Water Security at United Nations University, and an internationally recognized expert on scarcity and conservation issues, says, “World Rivers Day is rightfully hailed for its global effort to increase awareness about the vital importance of our water resources and the need to properly protect and steward them in the face of mounting pressures.”

Through its first 10 years, World Rivers Day complimented the UN’s Water for Life Decade and groups such as the United Nations University and the International Network on Water, Environment and Health remain valued supporters. Angelo, a recipient of the Order of Canada, his country’s highest honor, as well as the inaugural recipient of a United Nations Stewardship Award for Science, Education and Conservation, initially founded BC Rivers Day in British Columbia back in 1980 in conjunction with the Outdoor Recreation Council. He then successfully lobbied numerous organizations as well as agencies of the UN to recognize World Rivers Day in 2005.

All countries are encouraged to participate and events can be registered athttp://worldriversday.com/

Editors Please Note: Raw video clips that can be edited for web stories and b-roll of Mark Angelo available at https://vimeo.com/139657945