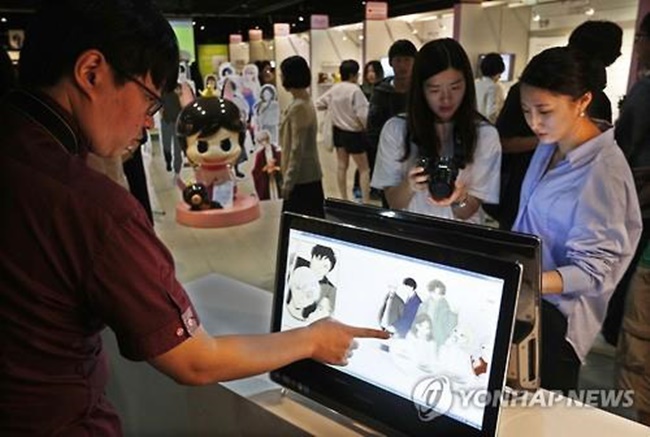 According to the annual report by the National IT Industry Promotion Agency (NIPA), the global digital cartoon market came to $814 million in 2016, up 15.7 percent from a year earlier. (Image: Yonhap)

SEOUL, May 4 (Korea Bizwire) – The global market for digital animation is expected to grow at an average of 10.8 percent annually to US$1.17 billion in 2020, an industry report said Wednesday.

According to the annual report by the National IT Industry Promotion Agency (NIPA), the global digital cartoon market came to $814 million in 2016, up 15.7 percent from a year earlier.

The findings showed digital cartoons accounted for only 4.1 percent of the entire animation industry in 2011 but the ratio expanded to 10 percent in 2015, partly on the back of growth in Asia, the report said.

The findings also said digital cartoons are expected to account for 17.2 percent of the global animation industry in 2020.

Asia accounted for 70.7 percent of the global digital carton market in 2011 but the ratio is expected to shrink as North America and Europe emerge as major players, the report said.

Meanwhile, the South Korean digital cartoon market is forecast to grow at an annual average of 8.6 percent to $134 million in 2020.

The growth of the local market is attributed to an increase in smartphone users and webtoon services by major tech firms, including the country’s top Internet portal operator Naver Corp., the report said.

Nearly seven in 10 people in South Korea own a smartphone, making it the country with the fourth-highest smartphone penetration rate in the world.

Naver currently offers online cartoons which are available on its website and in other applications. The company boasts more than 18 million people living overseas who check its content.