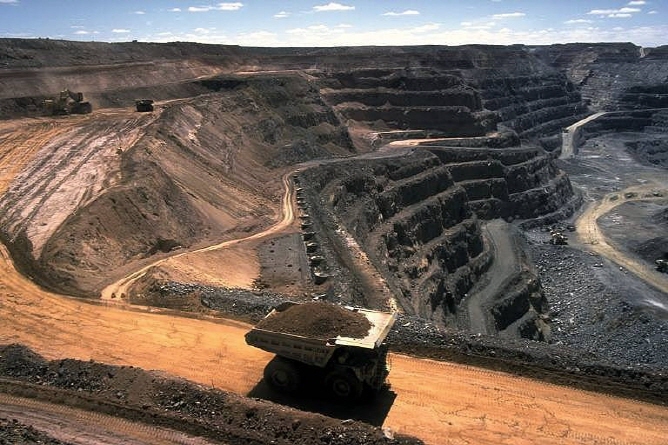 LONDON, Jun. 4 (Korea Bizwire) — The world’s 40 largest mining companies continued to consolidate their stellar performance of the past several years by delivering steady growth in 2018, according to PwC’s Mine 2019 report released today.

As a group, the Top 40 increased revenue by 8%, buoyed by higher commodity price rises, and lifted production by 2%. They also boosted cash flows, paid down debt and provided a record dividend to shareholders of $43 billion.  Forecasts indicate continued steady performance in 2019. Revenue should remain stable, with weaker prices for coal and copper offsetting marginally higher production and higher average prices for iron ore.

Yet investors seemed unimpressed by the Top 40’s result, judging by market valuations, which fell 18% over 2018. While total market capitalization rose in the first term of this year, it remains 8% down compared to the end of 2017.  Over the past 15 years, total shareholders’ return in mining has lagged that of the market as a whole as well as comparable industries such as oil and gas.

“We believe that the market has reservations about the mining industry’s ability to respond to the risks and uncertainties of a changing world.

“With strong balance sheets and cash flows, now is the time for the Top 40 to address the issues weighing down market values: climate change, shifting consumer sentiment, and technology adoption.

“Miners need to move swiftly to restore faith in ‘brand mining. As an industry, this means transforming their reputation as efficient ‘converters of dirt’ posing omnipresent environmental risk to prominent builders of both economic and societal capital. Prioritising greener and consumer-centric strategies, enabled by technology, will help earn the trust of stakeholders and enable miners to create sustainable value into the future.”

In 2018 the Top 40 paid down $15.5 billion in net borrowings, resulting in the gearing position dropping below the 10-year average. All liquidity and solvency ratios improved during the year, leaving the world’s largest miners with strong balance sheets and cash flows.

In line with expectations, capital expenditures started to rise again, albeit from historically low levels.  The 13% increase over the previous year to $57 billion suggests that miners are continuing to proceed cautiously; approximately half (48%) of the capital expenditure in 2018 was for ongoing projects.

Copper and gold dominated spending in 2018, attracting $30 billion worth of investment. Capital expenditure on coal was consistent, year on year, and it is expected that miners will maintain current production levels while the coal price remains high.

Shareholders, government and other stakeholders rewarded

An 11% lift in operating cash flows has allowed the Top 40 to increase shareholder distributions in 2018 to a record $43 billion. Dividend yield for the year was 5.5%. There was a notable jump in share buybacks to $15 billion, up from $4 billion in 2017. Rio Tinto and BHP accounted for 70% of the total activity returning proceeds of non-core disposals to shareholders.

“While their shareholders see buybacks as welcome news in the short term, miners need to ask whether this has come at a cost given the challenges of attracting long-term capital.” said Mr O’Callaghan.  “Equity raisings during the year remained at a paltry $3bn, lower than the preceding two years.”

In 2018 the share of value distributed to governments in the form of direct taxes and royalties increased from 19% to 21%. Employees received 22% of the total value distribution from the Top 40.

After several years of sluggish activity, M&A picked up significantly in 2018. The value of announced transactions rose 137% to $30 billion, driven by a flurry of activity in the gold sector, the on-going push by miners to optimise their portfolios, and momentum to acquire energy metals projects.

“The renewed appetite for large transactions looks set to continue this year, with announced deal value to 30 April already exceeding the whole of 2017,” said Mr O’Callaghan. “Post merger disposal of non-core assets in revised portfolios will support more deals activity in the near term.”

The gold sector is experiencing a renewed round of consolidation, driven by a shrinking pipeline of projects, fewer new high-grade discoveries and a lack of funding for junior developments. Gold deals increased from 8% of total Top 40 deal value in 2017 to 25% in 2018, and this year are tracking at close to 95% of deals as at the end of April.

“In the current market, gold mining companies need to be rigorous and disciplined with prospective deals. Investors are still reeling from the spate of overpriced deals between 2005 to 2012, the value of which has now been lost,” Mr O’Callaghan said.

PwC’s Mine 2019 analysis is based on the major top 40 global mining companies by market capitalization. The results aggregated in this report have been sourced from the latest publicly available information, primarily annual reports and financial reports available to shareholders. The full report can be accessed via the following link: www.pwc.com/mine

At PwC, our purpose is to build trust in society and solve important problems. We’re a network of firms in 157 countries with more than 223,000 people who are committed to delivering quality in assurance, advisory and tax services. Find out more and tell us what matters to you by visiting us at www.pwc.com.