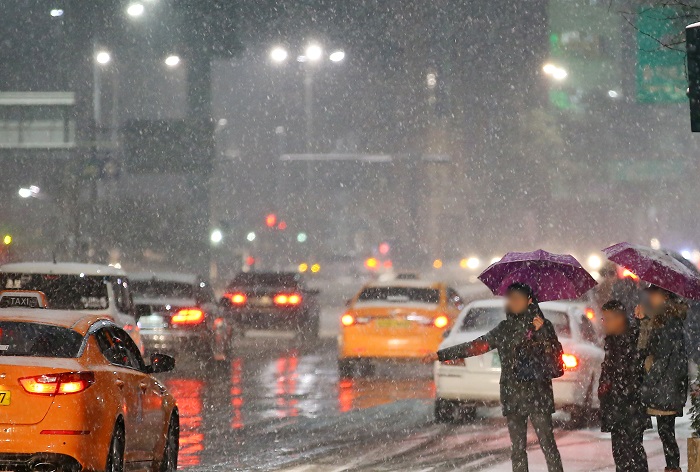 SEOUL, Feb. 1 (Korea Bizwire) — Seoul’s Gangnam Station, and the neighborhoods of Jongno, Hongdae, and Itaewon turned out to be some of the worst areas to hail a taxi during the night, highlighting the need for new means of late night transportation.

The Seoul Digital Foundation and Kakao Mobility Corp. revealed the results of a study conducted between November 2017 and October 2018 investigating operational data of KakaoT taxis.

The results showed that, at Gangnam Station, demand for taxis surged at midnight.

“Many customers wanting to go a distance of 1 or 2 kilometers near Gangnam Station have difficulty hailing a cab,” said the report.

The study showed that it was particularly difficult to hail a cab in the Gangnam Station to Nonhyeon/Yeoksam area, Jongno/Itaewon, Hongdae/Sinchon, and Itaewon to Hangangno-dong/Namyong-dong.

The study called on the need for short-distance buses and other means of transportation to resolve the issue. It also recommended introducing call buses, ride sharing, and other alternative transportation services.