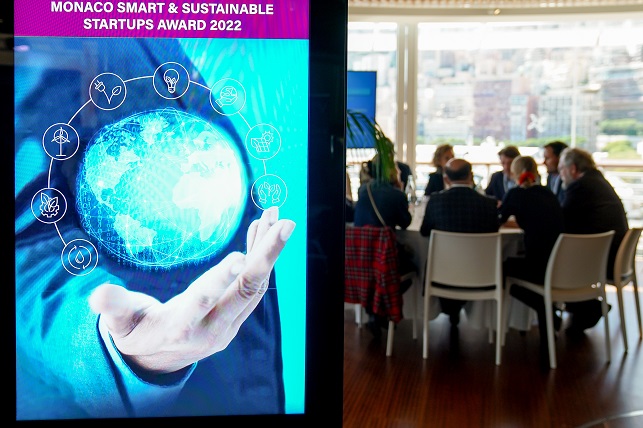 The 2nd Monaco Smart and Sustainable Marina Rendezvous has come to an end collecting ideas and projects to take a step closer to the marinas of the future.

The 2nd Monaco Smart and Sustainable Marina Rendezvous has come to an end collecting ideas and projects to take a step closer to the marinas of the future. At the centre of two-day event, hosted by Yacht Club de Monaco, meetings and talks between 50 startups and 20 marinas and architects representing 26 nations. For this second edition, M3 (Monaco Marina Management), the Monegasque consultancy specialised in development, management and promotion of marinas and yacht clubs partnered again with Blumorpho, experts in innovation for sustainable business, with support from the Prince Albert II of Monaco Foundation,the Government’s digital transition programme, Extended Monaco, Credit Suisse, Al-Rushaid Group, Bombardier, MB92 and Xerjoff.  In the continuity of marina event, the organisers now want to bring together the entire boat ecosystem with the organization on March 13 – 14 2023 of the first edition of Monaco Smart and Sustainable Yacht.

The International Smart & Sustainable Marina Awards 2022 winners were announced. The Israelian startup ECOncrete was chosen among 7 finalists for their bio-enhancing concrete technology that can be integrated to traditional marine construction projects. “Designed to promote marine biodiversity, enables responsible marine constructions”, explained Philippe LeBlanc, Eu sales & business development manager.  In the architects category, first place went to NBAX for their marina in Sanya, Hainan, implementing a yacht club in combination with a film studio. In the Marinas category Flisvos (Greece) won the prize. The public vote crowned Habacoa (Bahamas) and its superyacht marina project with 136 berths (the smallest is 45 meter the largest is 220 meter).

“The level of architectural firms’ projects was very high: some of them are already established, while others are new discoveries. In general – noted Jean-Michel Wilmotte, archistar and member of the jury in the architects category – in my opinion the marinas represent the connection between land and water. They are places where you can live, where you can spend days among design and activity. We are approaching a new dimension for marinas, which can therefore become places to spend time. I think Monaco is the right place to see this change: from an architectural point of view the city is constantly evolving and the new Yacht Club headquarters is an example of how to combine the world of boating and architecture . I believe these two worlds combine well together. ” “It was a fantastic experience, the level of startups was very high and the work sectors were the most varied: from water treatment to robotics to energy efficiency. It is a very useful event for marinas. We awarded the Israeli ‘ECOncrete’ because we assessed the positive impact for sustainability. The material presented can be used on a large scale,” said Marc Hervás MB92.

A photo accompanying this announcement is available at: https://www.globenewswire.com/NewsRoom/AttachmentNg/87af3162-ffe7-45d3-8def-1d403b4ea37c