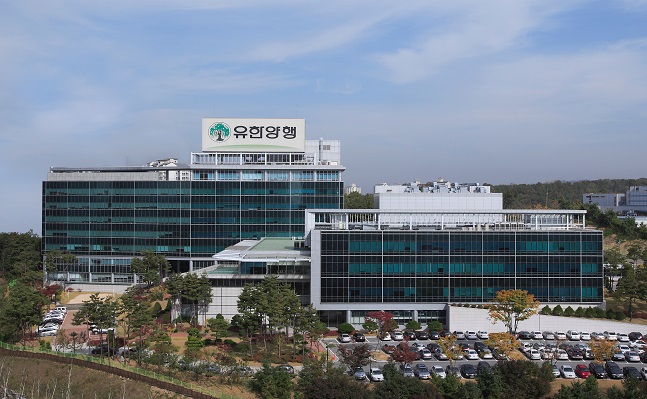 This photo provided by Yuhan Corp. shows its R&D Center in Yongin, 49 kilometers south of Seoul.

U.S.-based Spine BioPharma has been given permission from the U.S. Food and Drug Administration to bypass the second phase and go directly into the third phase of clinical trial for what it calls SB-01 in June, Yuhan said.

The South Korean drugmaker exported the therapeutic for the treatment of degenerative disc disease called YH14618 to Spine BioPharma in 2018.

In 2009, YH14618 was licensed out to Yuhan by another South Korean drug firm Ensol Biosciences. The research and development were, however, suspended in 2016 after failing to prove the statistical significance of the drug in the second clinical trial.

Yuhan expected the third trial results to come in the first half of 2024.