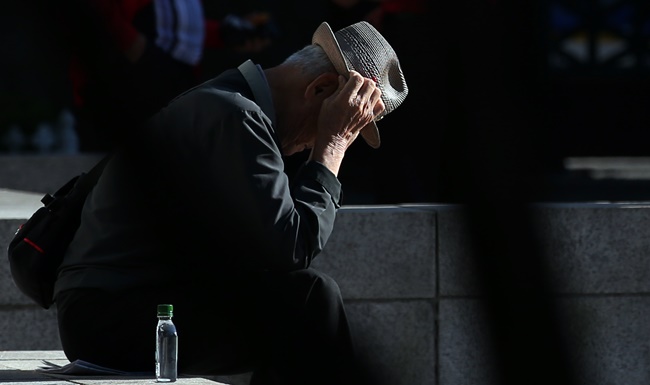 South Korea’s disabled population was estimated at 2.67 million as of last year, with 539 per every 10,000 having been born with disabilities. (Image: Yonhap)

SEOUL, Apr. 20 (Korea Bizwire) — New government data has revealed half of disabled South Koreans are seniors, with 1 in 4 people with disabilities living alone.

Against the backdrop of an aging population, seniors older than 65 accounted for 46.6 percent of the disabled population, while those living alone accounted for 26.4 percent, according to the study published by the Ministry of Health and Welfare on Thursday.

South Korea’s disabled population was estimated at 2.67 million as of last year, with 539 per every 10,000 having been born with disabilities.

Disabled people were 1.4 times more likely to experience depression, while their likelihood of having suicidal thoughts was 4.8 times higher than among non-disabled people last year.

When asked to self-describe their health, just 14.9 percent of disabled people said ‘good’ or ‘very good’. In the meantime, the figure was 31 percent among non-disabled people.

Many disabled people in South Korea are in fact ill, with over 8 in 10 suffering from more than two chronic illnesses including high blood pressure, back and neck pain, osteoarthritis, and diabetes.

The figure paints a grim picture of the health status of the disabled compared to the overall adult population in the country, fewer than half of which have a chronic illness.

Over 17 percent of disabled people couldn’t visit a hospital over the last year even though they wanted to, according to findings from the study.

Lee Sang-jin, a director of disability policy at the health ministry, has recently announced plans to designate medical institutions for checkups and provide rehabilitation programs for people with disabilities later this year and next year.