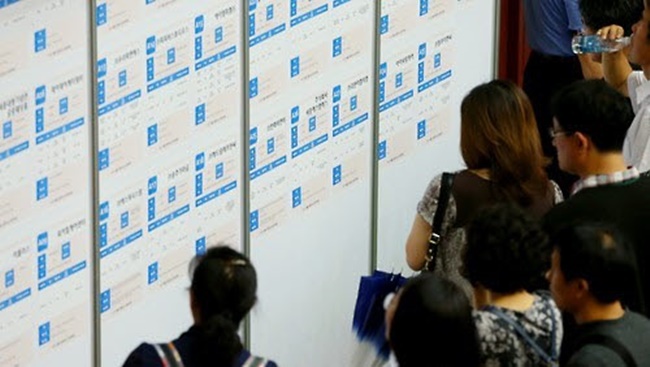 According to data from Statistics Korea, nearly 23 percent of South Korean job seekers who recently graduated with a PhD degree were unemployed, despite trying to find a job. (Image: Yonhap)

SEJONG, Nov. 24 (Korea Bizwire) – A new study has revealed that one in five South Korean PhD graduates is jobless.

According to data from Statistics Korea, nearly 23 percent of South Korean job seekers who recently graduated with a PhD degree were unemployed, despite trying to find a job.

The figure rose to one in every four people among people with a PhD degree from universities in Seoul and the surrounding area.

The figures released on Wednesday were the highest since records began at Statistics Korea, indicating that PhD holders do not appear to be immune to the high unemployment rate in South Korea.

Among the PhD graduates who were surveyed this year, just over 4 in 10 were unemployed, while over 30 percent had found a job.

Another 2.8 percent said they weren’t actively looking for a job, despite having pursued a PhD degree.

The data was gathered as part of the Korea Research Institute for Vocational Education and Training’s surveys which took place last February and August with a sample of students from over 200 universities.

Over 9,000 respondents participated, accounting for around 70 percent of the average annual number of all PhD graduates in the country.

When broken down by gender, the unemployment figure was higher among female PhD holders, with the figure standing at 25.9 percent, as opposed to the figure for men which was 21.2 percent.

A correlation was found between age and unemployment rates also, with younger PhD graduates struggling harder than other age groups.

Over 35.4 percent of those aged below 30 were found to be jobless, while the figure dropped slightly to 32.9 percent among those between 30 and 34.

In the meantime, the figure was below 15 percent for all age groups above 40.

Contrary to popular belief, the unemployment rate among those with a PhD degree in the natural sciences and engineering exceeded that of those who studied social studies, art and physical education.

The survey also showed PhD holders in Seoul and the surrounding area are struggling more than those from the rest of the country.