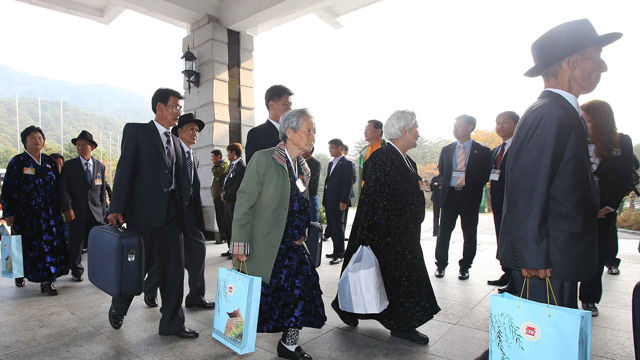 SEOUL, Aug. 6 (Korea Bizwire) — Baek, a 101-year-old male, was found to the be oldest member of the South Korean delegation that will be will be meeting long-lost family members living in North Korea at the inter-Korean family reunions to be held between August 20 and 26 at Mt. Kumgang.

According to the Ministry of Unification yesterday, 101-year-old Baek will be meeting with his North Korean daughter-in-law and granddaughter.

The eldest North Korean member on record for the first reunion is Cho, an 89-year-old woman who will be meeting her sister from the South.

Officials from both sides of the border exchanged the finalized list of those participating in the reunion on Saturday.

The list confirms that 93 South Koreans and 88 North Koreans will be meeting family members separated by the Korean War.

To the response that the list falls short of the initial number of 100 applicants, an official at the Ministry of Unification said that there were many applicants who were too elderly to be able to move freely, and many others had given up on meeting North Korean family because most were not trying to find immediate family members.