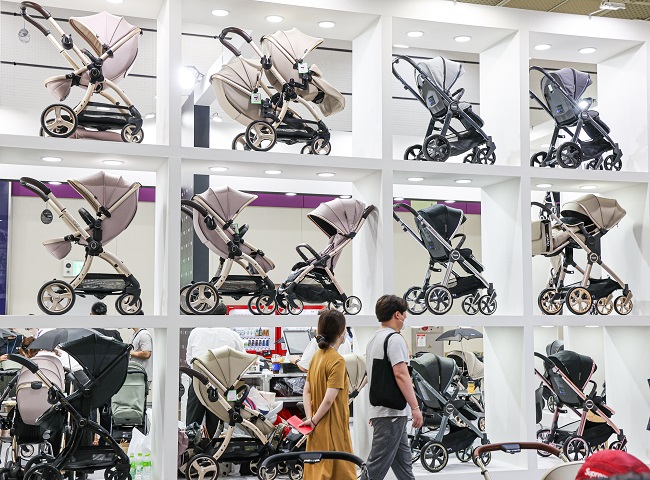 Visitors look around an exhibition of baby products in Seoul in this file photo taken Sept. 15, 2022. (Yonhap)

The number of women aged 15-54 who had stopped working after marriage had come to 1.39 million as of April, slightly down from 1.44 million tallied a year earlier, according to the data from Statistics Korea.

The decrease came in line with a fall in marriage in South Korea. The number of married women in the age group came to 8.1 million in April, down 2.6 percent from 8.32 million tallied in 2021.

Many young South Koreans have been opting to distance themselves from marriage amid high housing prices and other economic challenges.

Among the married women who quit their jobs, the largest proportion of 42.8 percent, or 597,000, said child rearing is the main reason behind their decision.

In addition, 26.3 percent said they stopped working due to getting married, followed by 22.7 percent with pregnancy and childbirths.

The number of working mothers with children aged under 18 came to 2.62 million in April, the data added.