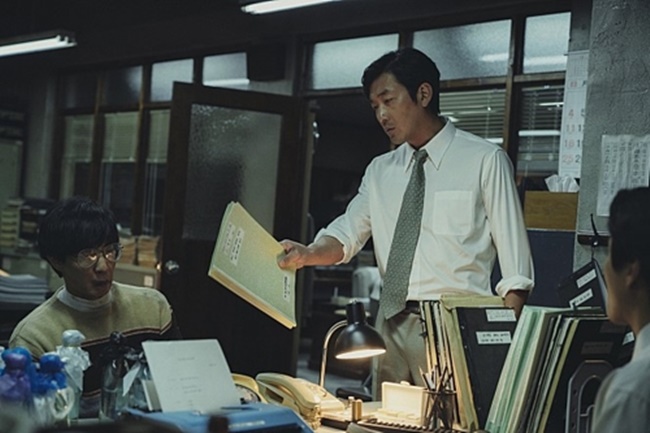 “1987: When the Day Comes” also earned Jang Joon-hwan best director honors at the awards ceremony, hosted by the association of film journalists, at the Korea Press Center in central Seoul.

Released on Dec. 27, the historical epic has drawn more than 7 million viewers at local theaters.

The best actor and actress awards went to Seol Kyung-gu of “Memoir of a Murderer” and Na Moon-hee of “I Can Speak.”

Park Seo-jun of “Midnight Runners” and Choi Hee-seo of “Anarchist from Colony” picked up the best rookie actor and actress awards.

The winners were chosen from among all the domestic and foreign films that opened last year through a vote of 90 members from 59 media companies around the country. Non-Korean films are nominated for the best foreign film category only.