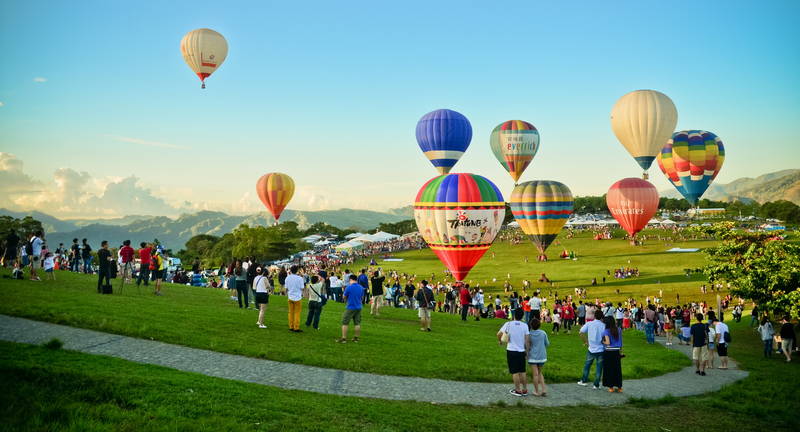 The special shapes of the balloons, natural beauty of the surrounding areas, and cultural diversity of Taiwanese indigenous people have attracted over 2 million people from around the world over the years. (image: Taitung County Government)

Hundreds of thousands of people are expected to crowd the picturesque Luye Gaotai, an indigenous land of joy and dreams in Taitung, eastern Taiwan, to enjoy the event, which is the world’s longest hot air balloon festival, according to Taitung County Government.

The fiesta held in Luye Gaotai enters its fourth year. The special shapes of the balloons, natural beauty of the surrounding areas, and cultural diversity of Taiwanese indigenous people have attracted over 2 million people from around the world over the years. The 2014 fiesta will last until August 10 to further boost Taiwan’s international visibility.

Special guests for this year’s event include Darth Vader from the Star Wars, while the balloons in the shapes of Blue Eyes, Yellow Jacket and Lucky Pants are also attractions of the show, they said.

A major highlight will be the “Balloon Walk-in” program which the organizer offers for the first time for visitors to experience for themselves inside a hot air balloon. Throughout the fiesta, free-flying rides are demonstrated and tethering rides are offered twice daily — 5:30a.m.-7:30 a.m. and 17:00 p.m.-19:00 p.m.. An exciting “Sky Tour” is scheduled on June 14 to take visitors for an awesome panoramic view of Taitung over stretches of mountains and farmland. Reservations started on May 15.

The Taitung County Government said grassland concerts are arranged every Thursday, Friday, Saturday and Sunday on Luye Gaotai, a land of dreams, to smooth people with music amid natural beauties. During the festival, visitors have the chance to taste genuine local food and learn the art and culture of the indigenous people through their traditional-style bamboo shooting, archery and knitting.