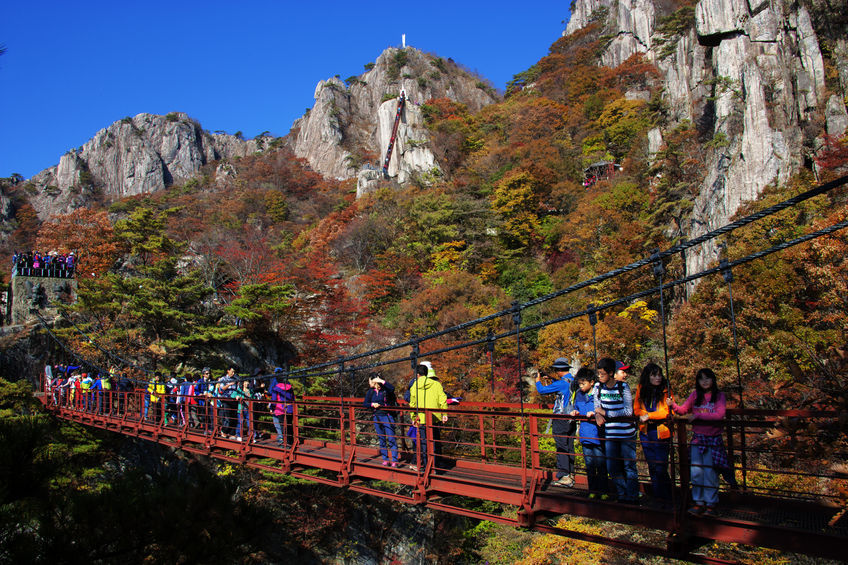 The number of visitors to 21 national parks across the country last year was 47 million. (image: kobizmedia)

SEOUL, Korea, Feb 27 (Korea Bizwire) – The Korea National Park Service said on February 26 that the number of visitors to 21 national parks across the country last year was 47 million, up 15 percent from the previous year’s 41 million. The main reason for the rapid increase was Mt. Mudeung’s upgrade to the status of a national park from a provincial park.

The month with the most visitor numbers was October (6.91 million) when fall foliage is in full swing while the month with the fewest visitors was February with 1.80 million. The national park service said the visitor numbers were measured by sensors installed in major entrances to the parks. For national parks in islands, the numbers was gauged by ferry boats’ passenger numbers.

Kim Jong-hee, Korea National Park Service senior manager in charge of public relations, said, “Following 2010 when the national park visitor number surpassed the 40-million level for the first time, the year 2013 saw the record-high visitor number at 47 million. As we expect the number to reach 50 million this year, we want to make sure everyone who comes to any one of the national parks could enjoy and have memorable experiences without any unfortunate accident.”