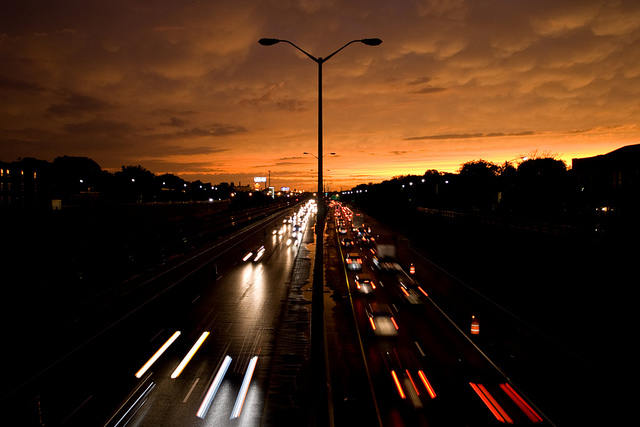 Unlike most rest areas elsewhere that provide bare-bones services such as rest rooms, outdoor tables for sandwiches and gimbab, and the like, the ones in Korea are full of eateries and shopping opportunities. (image:Ben Husmann @flickr)

SEOUL, Korea, Nov 11 (Korea Bizwire) –South Korea, a small country of a little over 100,000 square kilometers equivalent to that of Serbia, is crisscrossed with highways and artery roads long and short, with so many rest areas all along the way. Unlike most rest areas elsewhere that provide bare-bones services such as rest rooms, outdoor tables for sandwiches and gimbab, and the like, the ones in Korea are full of eateries and shopping opportunities.

These rest areas are further transforming themselves into shopping centers, event venues, spaces for new product launches, and even theme parks. Especially for large discount store operators, highway rest stops have become the last frontier to expand their business as they are not subject to government regulations intended to protect mom-and-pop operations if they open a new location in a rest area. 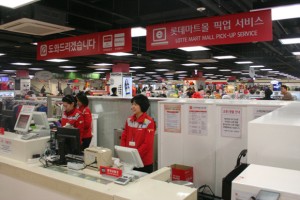 Lotte Mart opened in April this year a store in the Majang Rest Area on Jungbu Expressway (No. 35), the first of this kind among retailers. (image:Lotte Mart)

Outdoor clothing and gear makers are also busy opening stores in rest areas as they figured highway stops are ideal places to promote their goods. For example, Korea’s major outdoor brand “Nepa” has opened six highway stop locations near mountain exits where hikers stop by for bathroom or snack.

Lotte Mart, one of the largest discount retailers, also opened in April this year a store in the Majang Rest Area on Jungbu Expressway (No. 35), the first of this kind among retailers. As most clients in this store are in a hurry, the company built it in a small space of 2,800 square meters, about a quarter of average store space. Given the customers to rest stop stores tend to buy food items they can eat readily, Lotte Mart stocked the store mostly with prepared foods. In addition, it runs an online pickup service by which customers can pick up groceries after they place an order through their smartphones. 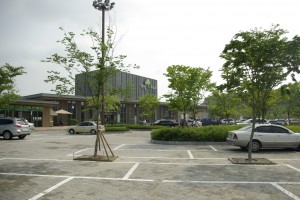 A “love garden” within Yeongdong Expressway is popular for lovers while a dog cafe “Run, Coco” offers a playground, hiking trail, and learning space for pet dogs and their owners. (image: Korea Expressway Corp)

Some other rest areas try to turn themselves into a park where people make separate trips and spend a long time. The Dukpyeong Natural Rest Area, located between Yongin and Hobub exits on Yeongdong Expressway (No. 50), is one of such places. As many as 12 million motorists and their families visited the rest area last year alone. A “love garden” within the area is popular for lovers while a dog cafe “Run, Coco” offers a playground, hiking trail, and learning space for pet dogs and their owners. In addition, it hosts a high-end Italian restaurant and a Korean restaurant. Its forest trail is an ideal 30-minute walking course for drivers to get some fresh air and stretch their limbs.

Last year, the state-run Korea Expressway Corp. released top-30 unusual highway rest stops. One of such places was Hwengseong Rest Area (west bound) on Yeongdong Expressway. The rest stop features a forest with 9,000 trees including metasequoia (dawn redwood). At the Icheon Rest Area (north bound) on Jungbu Expressway, visitors can walk along a pine tree forest, with a nature learning center and a petting zoo featuring rabbits and chickens. The Yeongsan Rest Area (south bound) on Jungbu Inland Expressway (No. 45) has an experience center to make tofu and grow bean sprouts. 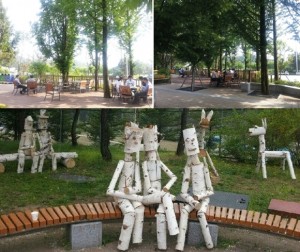 As more rest stops mushroomed and more and more visitors come, the government is trying to strengthen supervision on safe, sanitary standards, and prices in these rest areas. The Ministry of Land, Infrastructure, and Transportation recently announced its plan to improve sanitary standards in restaurants and food courts in highway service areas, including the use of closed-circuit TVs in kitchens and unannounced inspection on the restaurants and their suppliers. In addition, the ministry will designate several popular foods such as ramen, udon, walnut cakes, and boiled potatoes as “supervised items” and impose price caps on them. It will also open more self-service gas stations in rest areas so that motorists could save on fuel cost.

The ministry will begin allowing the food service establishments in rest stops to sell cup ramen and gimbab (futomaki-like roll made with dried laver seaweed) that have been banned for sale for sanitary reasons, while increasing the number of ladies’ rooms to the ratio of 1.03 to 1.00 as a way to reduce the time for women to wait on line.