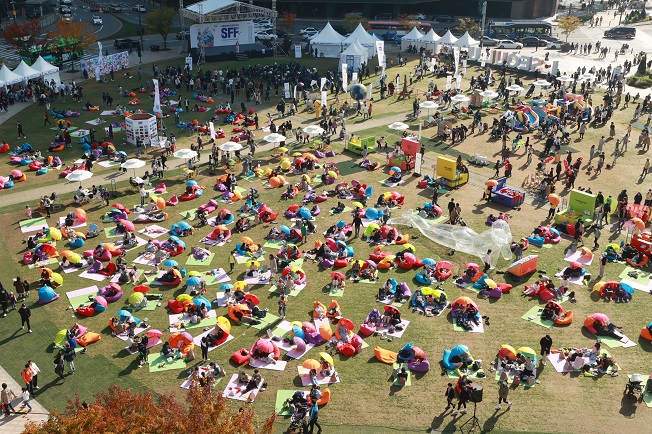 SEOUL, Dec. 6 (Korea Bizwire) — An outdoor library that was operated in Seoul Plaza in front of City Hall in Seoul between April and November was visited by more than 210,000 people, the Seoul Metropolitan Government said Monday.

The library was established in celebration of World Book Day on April 23 this year. The library closed down for the winter on November 13.

Only 67 books were not returned, a mere 1.3 percent of all books available. There were no lost rental items or trash. 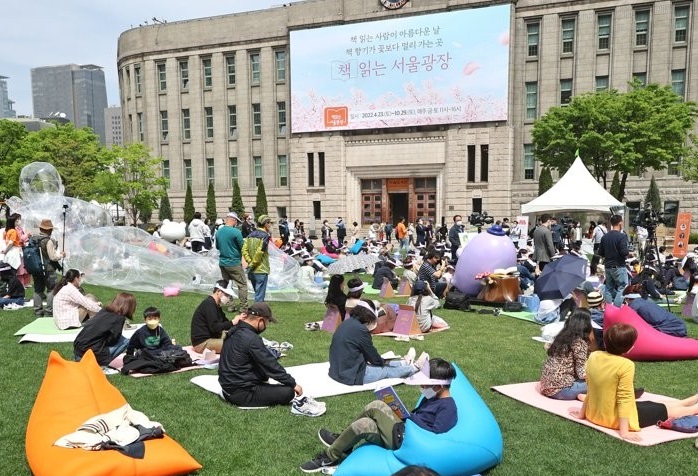 The city government conducted a survey of 1,661 visitors, each of whom read at least one book at the library.

Visitors were satisfied largely due to the library’s easy access (37.8 percent), followed by parasol and mat rental services (24.3 percent) and interaction with nature (19.4 percent).