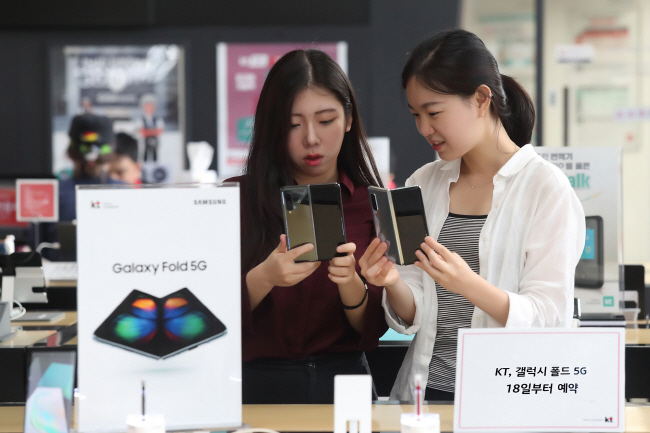 After the first batch of the foldable smartphones, estimated at around 3,000 units, sold out upon its launch on Sept. 6, Samsung and the nation’s three mobile carriers started accepting pre-orders earlier in the day, and those pre-orders are already closed, they said.

The smartphones sold by the telecom operators will be registered starting from Sept. 26, they said.

Galaxy Fold was priced at 2.4 million won (US$2,014) in the domestic market and is only available in 5G model.

Samsung’s first foldable phone enjoyed huge popularity among early adopters in South Korea despite its expensive price, but the company has released only limited number of the device, resulting in shortage supplies at an early stage.