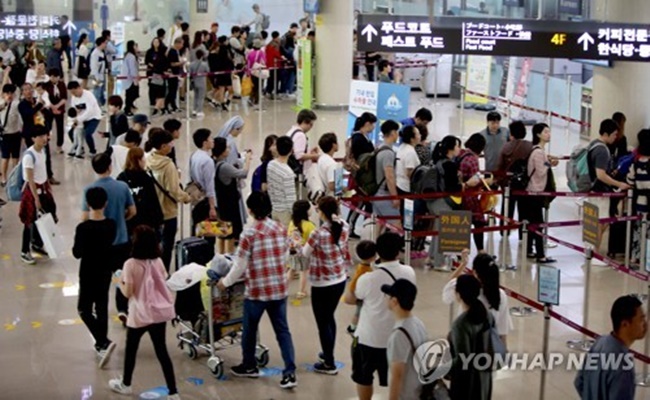 SEOUL, Nov. 6 (Korea Bizwire) – South Korea’s three leading retailers have submitted their bids to run a duty-free business at an airport on the country’s resort island of Jeju, its operator said Monday, amid signs that Chinese tourists may return in force.

The companies need approval from both the airport and local customs authorities to secure the right to run a duty-free business at the airport, which is valid for five years.

The bidding took place as Hanwha Galleria, a retail unit of Hanwha Group, decided to return its license at the airport, which was originally valid until April 2019. It is slated to operate the store till the end of this year.

Local duty-free operators suffered from a sharp drop in the number of tourists after the Beijing government banned its travel agencies from selling Korea-bound tour packages in mid-March in apparent retaliation over Seoul’s installation of a U.S. anti-missile system on its soil.

Last week, Seoul and Beijing announced that they will make efforts to put their relations back on track, toning down the yearlong conflict over the Terminal High Altitude Area Defense (THAAD) system.