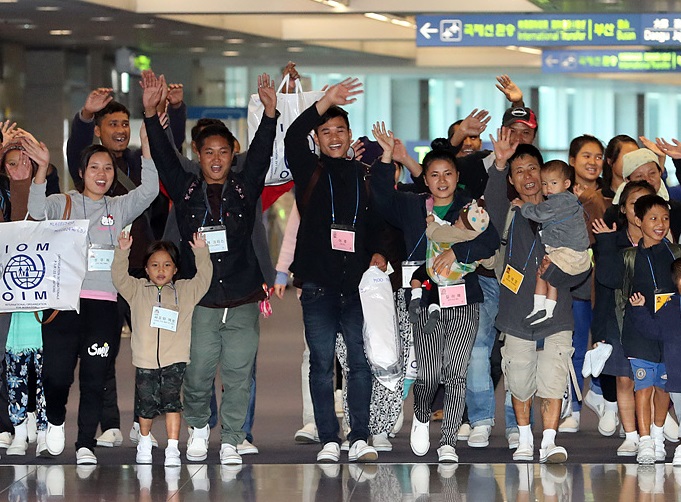 SEOUL, Jul. 24 (Korea Bizwire) — The South Korean government said Monday that 30 refugees from Myanmar will arrive in the country this week, as part of a United Nations resettlement program it has joined in the recent year.

The 30 Myanmarese nationals, made up of five families who are currently staying in a refugee camp in Thailand, are scheduled to land here Tuesday, according to the Ministry of Justice.

This is the third time South Korea has granted permanent resettlement for foreign refugees. In 2015, some 22 of those from the Southeast Asian country came here, followed by another 34 of the same nationality last year.

The refugee resettlement is based on the U.N. High Commissioner for Refugees (UNHCR) program that Korea joined in 2015. It transfers refugees living in temporary camps in an asylum country to another country that agrees to admit them.

The selection of the refugees was made with the UNHCR’s recommendation and a screening process by the government thereafter, the ministry added.

Most of the refugees fled their country mainly due to racial and religious discrimination.

The refugees will be staying at foreign support centers for about six months to learn Korean and receive job education before they resettle in Seoul, it said.

Some 37 countries have joined the UNHCR program, including in the United States, Australia and Canada. In 2016 alone, the member countries helped a total of 189,300 refugees around the world resettle in their states.