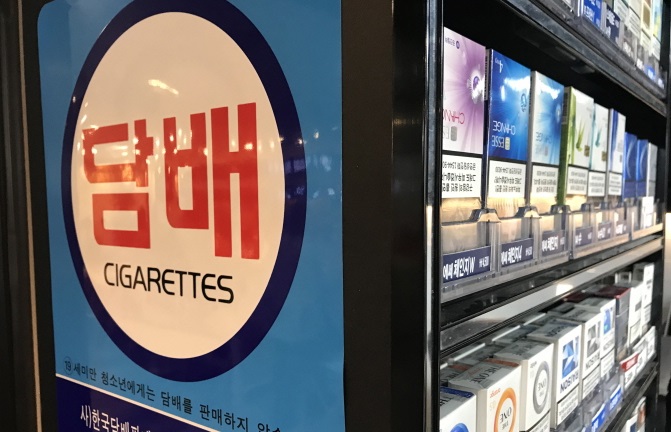 The Juvenile Protection Act bans sales of cigarettes to people under the age of 19. (image: Yonhap)

SEOUL, Oct. 17 (Korea Bizwire) — Illegal sales of cigarettes to minors at convenience stores in Seoul have sharply fallen over the past five years, the government of Seoul said Thursday, citing data on its crackdowns.

Compared with 2015, the ratio of illegal cigarette sales marked a plunge of 30.5 percentage points, it noted.

The Juvenile Protection Act bans sales of cigarettes to people under the age of 19.

The ratio of convenience stores failing to verify the age of cigarette buyers also decreased from 47.6 percent in 2015 to 17.7 percent this year.

The Seoul government said it has steadily monitored and cracked down on illegal cigarette sales to youth by convenience stores and plans to expand its monitoring to include supermarkets and other retailers.

Thanks to such efforts, Seoul’s youth smoking rate fell to 5.7 percent as of last year, it said, adding that the corresponding national average rate was 6.7 percent.