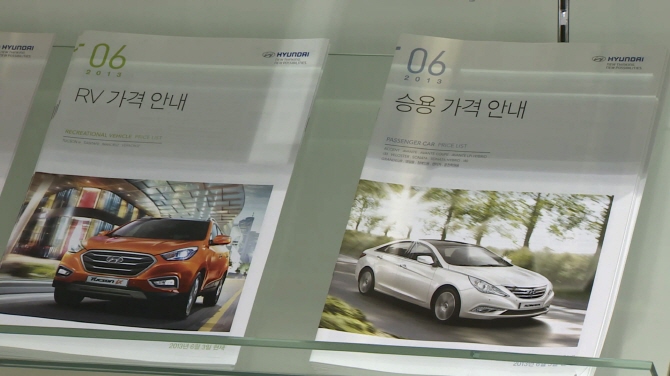 The percentage of imported vehicle purchasers among people in their 30s was up from 4.9 percent in 2010, the fastest growth among all age groups. (Yonhap)

However, slightly over 57,500 people in their 30s purchased imported vehicles last year, accounting for 21.7 percent of the age group.

The ratio was up from 19.5 percent the previous year and exceeded the 20 percent mark for the first time.

The portion of imported vehicle buyers was the second-highest in forty-somethings, at 17.2 percent, followed by those in their 50s with 10.8 percent and people aged 60 or older with 10.3 percent.

The percentage of imported vehicle purchasers among people in their 30s was up from 4.9 percent in 2010, the fastest growth among all age groups.

Despite increased sales of imported vehicles, South Korea saw the number of vehicle registrations decline for the third consecutive year in 2018.

Nearly 1.12 million vehicles were registered in the country last year, down 2.6 percent from the prior year. Vehicles purchases by people in their 30s sank 4.4 percent on-year, with the number falling 4.9 percent for those in their 40s, according to the data.