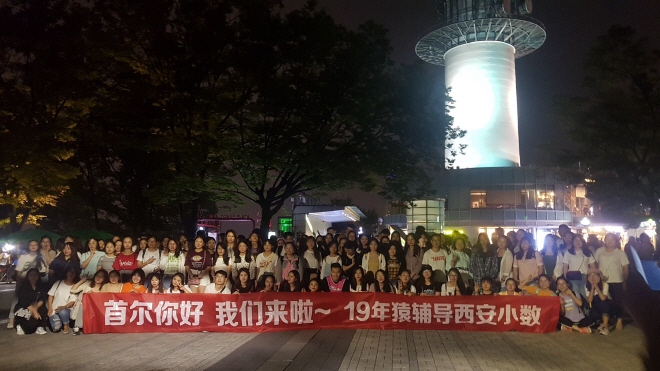 The employees of Guangzhou Yanruyu Medical Technology began a five-day trip to Seoul, Incheon and Gangwon Province on the day, according to the Korea Tourism Organization (KTO).

The two sides have also agreed to continue to cooperate in running the Guangzhou-based company’s reward travel program in the future.

The number of Chinese visitors in incentive tour programs to South Korea decreased in 2017 to around 17,000, about one-tenth of the previous year’s number, amid a diplomatic row over the deployment of a U.S. missile defense system in the country, according to the agency.

“The business is recovering through various marketing activities, with this year’s number already reaching 60,000 as of the end of August. We aim to increase the figure to 100,000 next year,” a KTO official said.