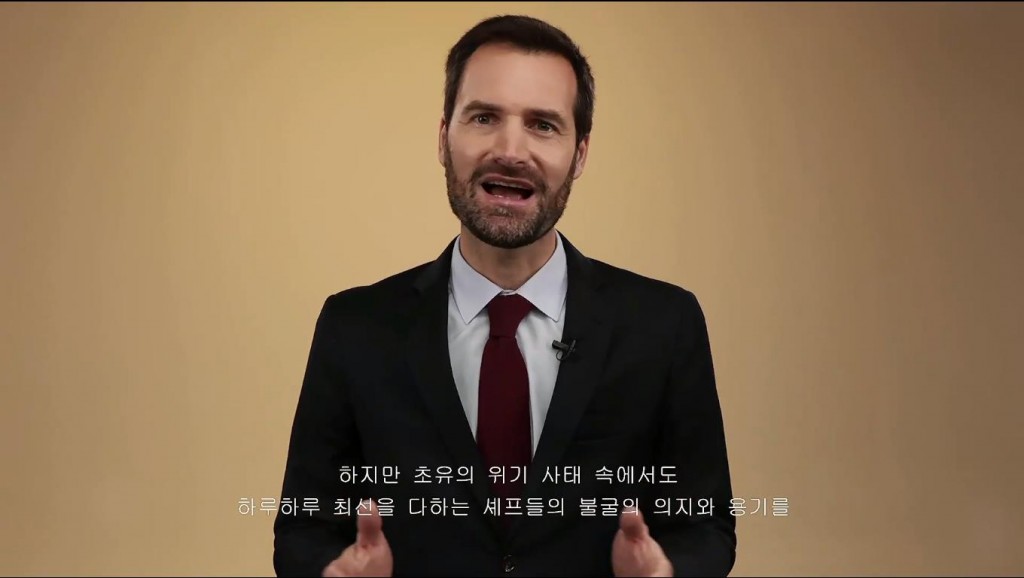 Gwendal Poullennec, international director of the Michelin Guide, delivers his opening remarks at the 2021 Michelin Guide for Seoul Awards, livestreamed on Nov. 19, 2020. (Yonhap)

This year’s awards, livestreamed in light of the pandemic, featured a total of 178 Seoul restaurants, the same as last year.

Gwendal Poullennec, international director of the Michelin Guide, said this year’s Seoul selection stood out in terms of harmony and innovation in style, in spite of the plight sparked by the pandemic.

“I am particularly pleased to celebrate with you the courage and resilience of the chefs who have given their best every day, even during this unprecedented crisis,” he said.

“(This year,) we have seen an evolution in the styles of cuisine offered, with chefs who do not hesitate to break codes to broaden their customers’ culinary experience,” he added.

The highest honor of three stars, which recognizes “exceptional cuisine worth a special journey,” was extended to two Korean traditional fine dining restaurants: Gaon and La Yeon. These two high-end eateries have retained the honor for the past five years.

Gaon, operated by the ceramic maker Kwangjuyo Group, is committed to introducing the aura of Korean cultural grace to the global gastronomic scene.

Each dish is made from the organic union of seasonal ingredients and condiments, completed with delicate ceramic and metalware and design of the space.

The capital’s flavors are presented with selective wine pairings and a liberating mountain view that includes Namsan Tower. 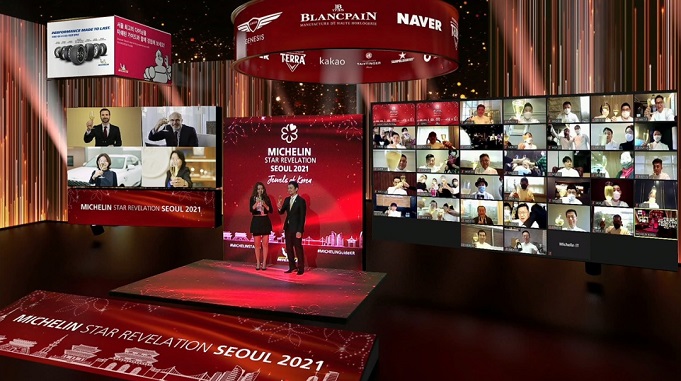 This photo, provided by Michelin Korea, shows the 2021 Michelin Guide for Seoul Awards, livestreamed on Nov. 19, 2020.

Mitou was praised for its original omakase made of fresh seasonal ingredients.

“With one of the most diverse gastronomic themes in the world, Seoul is a city like no other,” Poullennec said.